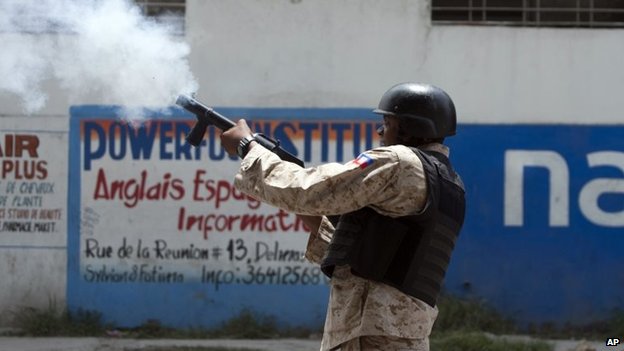 The Haitian government has announced a date for legislative elections, which are two years overdue.

The first round will be held on 26 October 2014, but the second round still needs to be scheduled.

Voters will be asked to cast their ballots for 20 seats in the 30-member senate, all seats in the lower chamber, as well as hundreds of municipal posts.

The announcement came as thousands of people demanded the resignation of President Michel Martelly.

Protesters threw stones at police, who fired live rounds into the air in an effort to disperse the crowd. 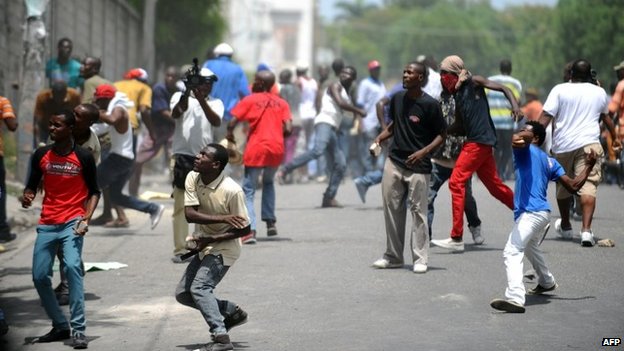 The demonstrators called on the president to organise not just legislative and local elections but also to bring forward presidential polls, which are scheduled for 2015.

Mid-term senate elections in Haiti had been due in May 2012, while the municipal poll is three years behind schedule as the country struggles to recover from the devastating 2010 earthquake.

The date for the polls was set after lengthy negotiation by Cardinal Chibly Langlois to overcome a political deadlock between the opposition and the government.

Opposition politicians accuse President Martelly of wanting to rule by decree – a likely scenario if no elections are held before the lower chamber’s term runs out in January. 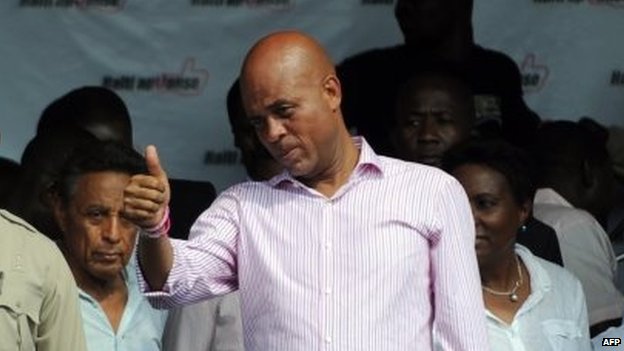 President Martelly celebrated his third year in office in May

The government argues that opposition politicians were also dragging their feet in the hope of extending their time in office without elections.

The opposition and the government are also blaming each other for the slow pace of reconstruction efforts.

Nearly 200,000 people are still living in shelters and a cholera outbreak has killed 8,500 people.

President Martelly says billions of dollars in aid money has failed to materialise and the opposition is blocking his attempts at implementing reforms.

The opposition accuses his government of corruption and of autocratic tactics.

Meanwhile, international donors say they are holding back on promised aid because the political situation is too unsettled.