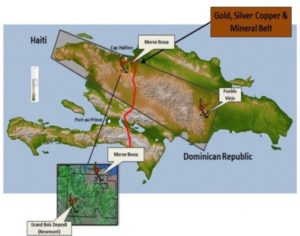 PORT-AU-PRINCE, Haiti –  Haiti is bringing in mining experts from around the world in hopes of developing precious metals in one of the world’s poorest countries.

Until last year, few knew that Haiti had precious minerals underground. Two mining companies have begun drilling for gold, copper and silver in the country’s northeastern mountains. They say testing indicates the metals could be worth $20 billion.

That’s a lot of money for a country where most of the people live on just $2 a day.

The World Bank helped organize the two-day conference that started Monday. It’s the first in Haiti to focus on mining. The bank is also helping the Haitian government revamp its mining laws.