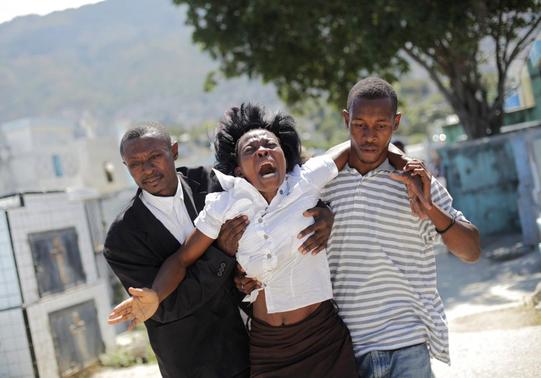 (Reuters) – Haiti’s president and prime minister attended a rare official funeral on Saturday for the victims of a Carnival stampede that killed 17 people earlier this week, accompanying relatives of the dead and hundreds of other mourners at the open air ceremony on a main city avenue.

A red and blue national flag was draped over the coffins, each bearing a photo of the victim, while a banner over the main stand read: “In good times as in bad times, we are Haiti.”

Officials had lowered the death toll from 18 to 17 on Saturday.

Prime Minister Evans Paul spoke at the ceremony, sharing the pain of losing his younger sister at a soccer stadium disaster in 1976. “It’s a way to tell you: we all during our lives had a time we were in pain,” he said. 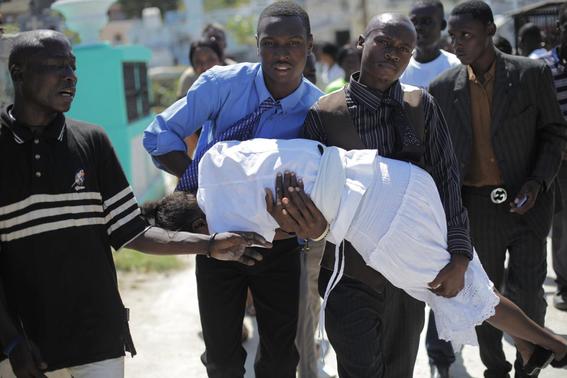 He also recognized that the government bears a responsibility to protect lives and security. The government has promised an inter-agency report on the incident and said it will explore measures to prevent future accidents involving overhead, high-voltage power lines.

Most of the victims from Tuesday’s accident were trampled to death during a stampede after a singer seated atop one of the floats hit an overhead electric cable causing a sudden large flash that caused a crowd of spectators to panic.

President Michel Martelly did not speak at the funeral, but tweeted: “”The whole country salutes the memory of these young compatriots killed in this unfortunate accident … I share the grief of the bereaved families and I offer them all my sympathy in this painful ordeal.”

Junior Paul, 26, whose brother Alain, 21, was among the dead, blamed authorities for failing to properly organize the parade.

“He was in love with Carnival, we went every year,” he said. “Today’s ceremony was nice, we’ll see what will be done for us in the future,” he added.

As the coffins were carried away at the end of the ceremony, some family members broke down sobbing and wailing with grief.

The incident in Haiti’s capital prompted the government to cancel the last day of Carnival – the raucous celebrations preceding the start of Lent – and to declare three days of national mourning.