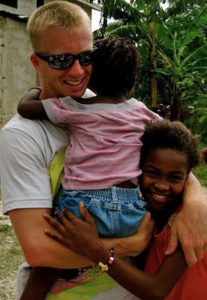 By THE ASSOCIATED PRESS
Published: December 29, 2010PORT-AU-PRINCE, Haiti (AP) — An American aid worker was released Wednesday from Haiti’s notoriously overcrowded National Penitentiary after authorities apparently cleared him of allegations that he kidnapped an infant from a hospital where he worked as a volunteer.

Paul Waggoner was receiving medical treatment at an undisclosed location following his release, Materials Management Relief Corps, the aid group he co-founded after the Jan. 12 earthquake, said in a statement on the group’s Web site.

The group said a judge declined to bring kidnapping charges against him. Haitian judicial authorities could not be reached for comment.

Waggoner’s lawyer, Gary Lisade, told The Associated Press on Wednesday that he had submitted to a judge in the case a death certificate from the hospital where the infant he was accused of kidnapping had died. He also gave the court an affidavit from the American doctor who treated the 15-month-old boy.

“We are so glad it’s finally over,” Paul Sebring, the other co-founder of the group, said in a statement, describing conditions at the prison as “horrific.”

Waggoner, who was living in Nantucket, Massachusetts before moving to Haiti following the earthquake, had been in custody for 18 days while authorities investigated the allegations of Frantz Philistin, a Haitian man whose infant son was treated at a hospital in Petionville in February.

Sebring and others said Waggoner was helping to move supplies at the hospital and was not involved with the treatment of the baby. The doctor said in his affidavit that Philistin declined to take the body, saying he couldn’t afford to bury it, Sebring said. Later, he began making accusations against Waggoner, at one point accusing him of putting the infant into a Voodoo trance to kidnap him and sell his organs.

Waggoner, who grew up in DeFuniak Springs, Florida, said in the statement that he will be withdrawing from his aid work in Haiti though he did not say whether he would ever return.

“I could have continued working in Haiti and would’ve been happy,” he said. “It saddens me that MMRC’s mission has to be put on the back burner … I love Haiti and fear this incident will stop many aid workers from coming to help.”