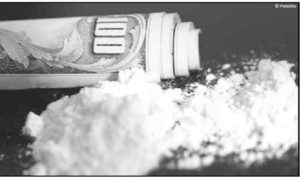 Haiti – Elections : Mirlande Manigat open to all alliances..including cocaine dealers like Eric Jean-Baptiste, owner of Per Eternal Borlette, and candidate for mayor of Correfour, Anthony St. Pierre, cocaine and rice;(St. Pierre’s partner and cousin in American prison for cocaine. DEA was about to extradite St. Pierre last year) and  Senator Youri Latortue, cocaine and rice.    Opponent Martelly was a partner of cocaine kingpin Jacques Ketant, now serving 27 years in States.  A Democracy of Cocaine!!!  Narco-dictatorship, here we come!!!

Mirlande Manigat candidate, said she is open to alliances for the second round. Like the candidate Michel Martelly, the objective is to seek the maximum of votes. Mirlande Manigat says she is ready to talk with everyone and does not exclude anyone, nor Duvalierists nor lavalasiens, advocating a government of all Haitians. Concerning an alliance at the initiative of INITE, she replied “it depends” recalling that in policy political organizations act according to their interests.

If the language is different, this approach remains relatively the same from that of his opponent Michel Martelly who constantly says his openness and desire for national reconciliation. Manigat maneuver more subtly, Martelly, is more direct … None of the candidates can overlook the reservoir of votes of INITE [among others]. At this subject, Michel Martelly said he was exploring the “possibility to establish an aliance with sectors of the ruling party” specifying that “if we make an alliance with someone, it is imperative that it shares our views” this is somewhat similar to the “it depends” of Mirlande Manigat.

If these potential alliances raise many passions, questions show a lack of understanding among voters supporters of both candidates, we must not forget that the probability of control of both houses (Deputies and Senators] by INITE is very high. It is therefore “normal” that the attitude of openness of the two candidates
see even some “secret negotiations before the election” may be preferable, to “ensure” that once elected, the new President will be able to govern, avoiding a situation of confrontation and permanent blocking where the loser would be, once again, the Haitian people.

Whatever the elected in the second round, he or she must necessarily deal with INITE. Then before or after is just a matter of campaign strategy, of choice of words or moral some would say…