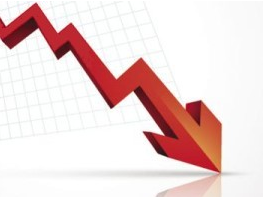 However, economists point out that the record increase in investment recorded in 2017 was not the result of improvements in the country’s macroeconomic framework or the business environment, but that this record was the result, mainly of the acquisition of a local company by a foreign company for an amount exceeding 280 million dollars (purchase of “National Distributors SA” (DINASA) and its subsidiary SODIGAZ, the first distributors of petroleum products in Haiti by the French oil operator Rubis. This transaction, considered a foreign direct investment, did not involve the construction of new buildings or the creation of jobs in this sector.

Note that over the last 9 years, Haiti has received an average of $155 million a year in direct investment ($1.5 billion over 12 years). https://www.haitilibre.com/en/news-26651-haiti-news-zapping.html) foreign, a poor performance, according to experts, comparing the average (over 9 years) of more than $500 million per year captured by Jamaica, more than $1 billion in the Bahamas and more than two billion dollars on average by the neighboring Dominican Republic. The investment decline on the average of the last 9 years is 33%.

In these investments highlight that despite the opportunities offered by the HOPE law to American producers most of the investments made in Haiti are of European origin.

Economists are pessimistic about the prospects for direct investment in 2019, recalling that the crisis in Haiti has yet to find a lasting solution, that double-digit inflation continues to rise, that the Gourdes continues its fall (± 82 Gourdes for 1 dollars) and that it is an election year where concerns are more political than economic.