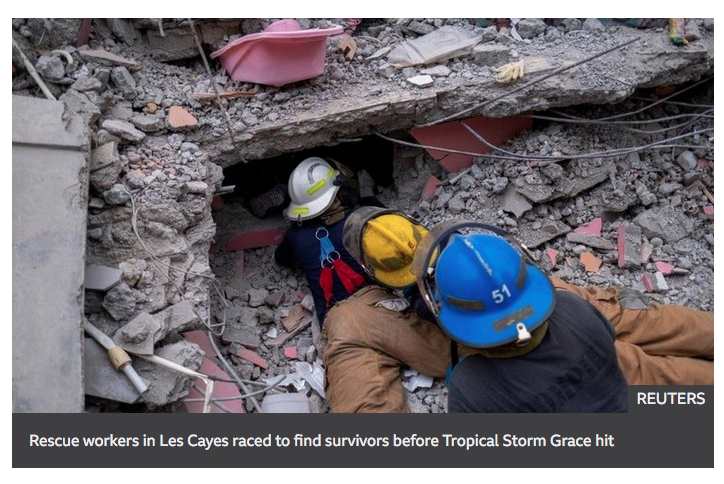 Rescue work following the deadly earthquake which struck Haiti on Saturday has been hampered by heavy rains brought by Tropical Storm Grace.

Tens of thousands of people left homeless by the quake had to decide whether to brave the storm under flimsy tarpaulins or risk returning into buildings damaged by the tremor.

More than 6,900 were injured, and an unknown number are still missing.

Rescue workers dug through rubble on Monday in a desperate attempt to find survivors before the heavy rains were able to turn the earth into cloying mud, making locating those buried even more difficult.

At 06:00 GMT Tuesday, Grace, which has been upgraded from a tropical depression to a tropical storm, was west of the city of Les Cayes and moving further westward towards Jamaica, according to the US National Hurricane Center (NHC). 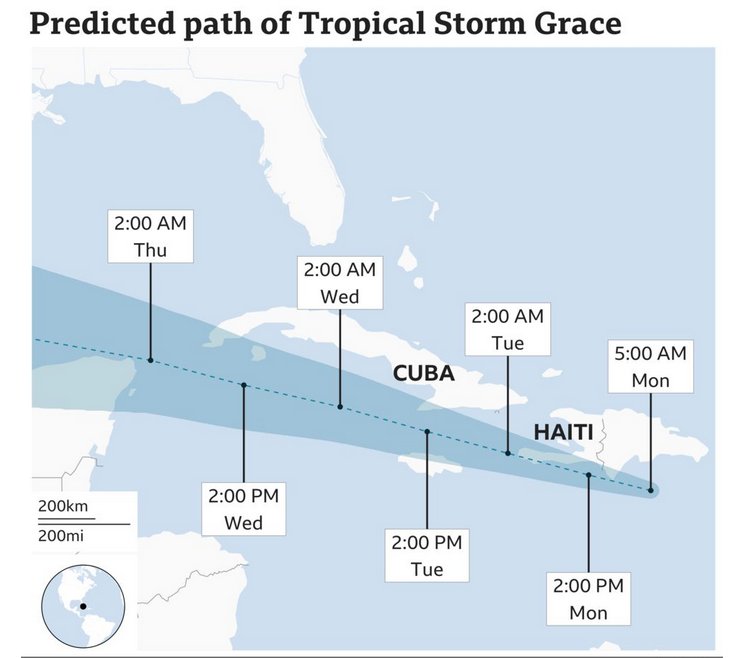 The NHC had earlier predicted that Grace could dump up to 25cm (10 inches) of rainfall over the worst affected area. It is feared the deluge could trigger landslides.

On Twitter, Haiti’s civil protection agency urged “good neighbours whose space has not been affected” to help shelter displaced people.

The south-west of Haiti appears to have suffered the worst of the damage from the quake, especially around the city of Les Cayes. 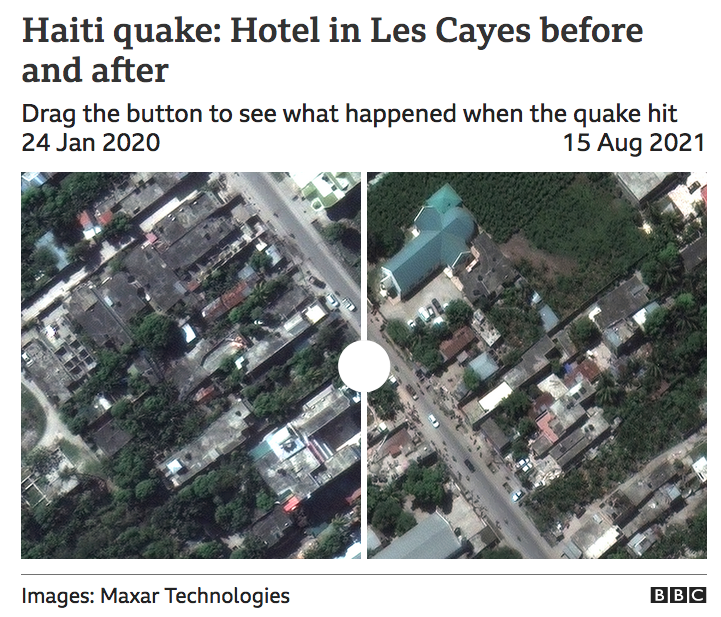 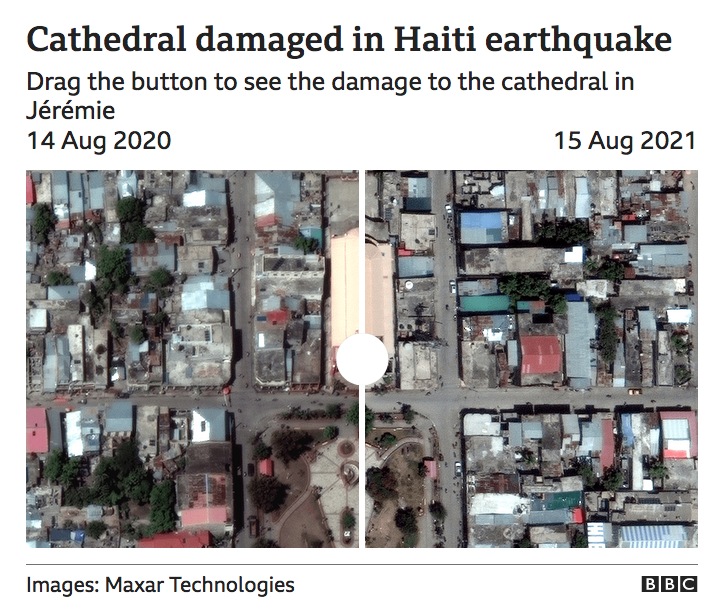 Homes, churches and schools were among buildings flattened in the quake. Some hospitals were left overwhelmed and in need of supplies as they struggled to treat the injured.

Hospitals under fear of collapse

It’s hard enough to treat survivors of any natural disaster but when the hospitals themselves are under fear of collapse it makes it all the more difficult.

Les Cayes Ofatma hospital is deemed too unsafe so they’ve brought everyone outside. People swat away flies on hospital beds placed under makeshift tents and trees. You can hear people screaming in pain.

One woman, Elsy, had only just woken up when the earthquake happened. Her son has a serious fracture to his leg.

There simply aren’t the facilities needed to treat people in this remote part of the country. One doctor comes to us, angry, asking why he has no medicine.

One woman we spoke to – who has a very bad broken leg and is also pregnant – has had no pain relief for two days.

The people here need help, but at the moment not enough help is coming – and with a tropical storm close by it could become even more difficult.

The earthquake compounds problems facing the impoverished nation, which is already reeling from a political crisis following the assassination of its president last month.

Prime Minister Ariel Henry, who is in power until fresh presidential election can be held, has declared a month-long state of emergency and urged the population to “show solidarity”.

Haiti has been hit by a series of natural disasters over the past years, including Hurricane Matthew in 2016.

The deadliest was the 2010 earthquake which killed more than 200,000 people and caused extensive damage to the country’s infrastructure and economy.