While at least 227 people are confirmed dead, reports of the full impact of the 7.2-magnitude earthquake that stuck southwest Haiti early this morning are still incomplete. In the meantime we wanted to share a video and several photos from two local sources.

This video was taken by Abel Dorvilne when he raced outside his home in the southern coastal city of Les Cayes shortly after the earthquake happened about 25 miles away. Abel is an agronomist with the Smallholder Farmers Alliance (SFA) and is responsible for our branch operation in Laborde, 5 miles north of Les Cayes. 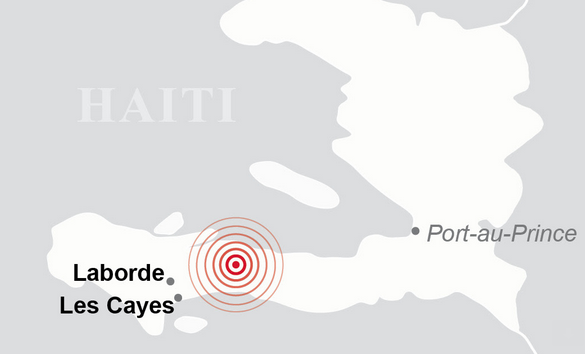 The following photos come from Elysee Kerly, a university student living with his family Les Cayes. Their home partially collapsed, but no one was hurt. I know Elysee because he is studying agroforestry and has visited the SFA branch in Laborde and hopes work with us when he finishes his studies.