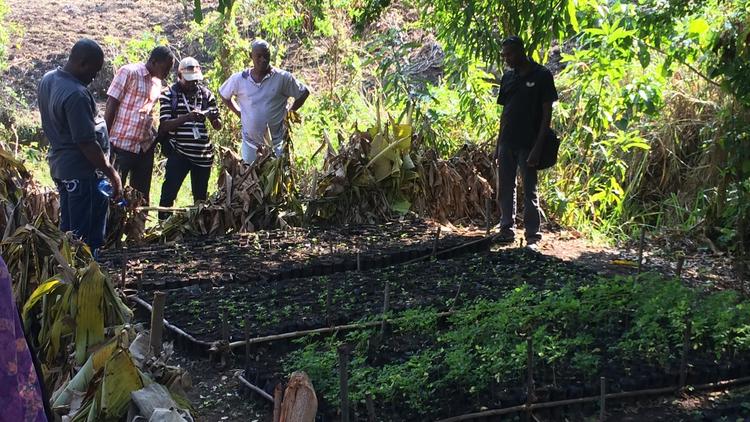 Seedlings at a farm in the community of Moulin in the 7th Municipality Section of Gros Morne in Haiti.

The magnitude 7.0 earthquake that struck Haiti in January 2010 killed more than 200,000 people, caused widespread devastation and posed even bigger challenges to the already poverty-stricken Caribbean nation.

Six years later, despite an initial outpouring of humanitarian assistance and $13.5 billion in pledges and donations, Haiti remains vulnerable.

An ongoing cholera outbreak, environmental degradation caused by deforestation and food security are among the most pressing problems. Three consecutive years of drought have “driven people deeper into poverty and hunger” and left about 3.6 million Haitians facing food insecurity, according to a recent report from the World Food Program.

World Neighbors, one America’s oldest development agencies, works in five regions of Haiti where it has been supporting community-based organizations that focus on key areas of sustainability, including agriculture, water, sanitation, healthcare, savings and credit options.

How would you characterize the status of Haiti’s general recovery since the 2010 earthquake?

I would say, just from my understanding, that the recovery has not been very successful. In general the city of Port-au-Prince is not doing that well. There is a real division between the haves and the have-nots. And ironically the haves are people who are there to help. There are a lot of these nonprofit NGOs who are in Haiti to help with the recovery and beyond.

When you get out into the countryside, there’s still very deep poverty. After the earthquake, a lot of people started moving back to the countryside because the recovery wasn’t really happening and they needed to grow their own food and recover. You did have this out-migration from the city to the countryside. In part of the towns where we went, people are doing quite well, partly because they got out of the city and went back to their traditional farming.

What has been World Neighbors’ strategy in Haiti in terms of enhancing local capacity for development?

We really are about teaching people to fish, not giving them fish, and really teaching capacity and not giving any kind of technology. They have to have low-tech answers to their problems so that if they need resupply or something breaks down, they can fix it themselves. We really believe in the capacity of everybody to solve their own problems with some help, through training and through developing their knowledge. We don’t go in and tell people we need to do X, Y and Z. We go in and we ask them, what do you think would be the way to enhance your lives and to improve your lives?

One of the first things we do in any new community is help them to do something called savings and credits. It’s different from microfinance in that we help them to develop small groups that save money together, then they either invest in each other or they invest together, or in the community. We start very small. But the other important thing about World Neighbors is that we stay for a long time.

Initially it starts out with these much smaller savings and credits groups. Then as time passes and they really start to amass some funds and invest them … they often create agricultural cooperatives, where they can lend each other equipment and it gets to a much larger level of lending, and that’s when it becomes a more traditional cooperative model. 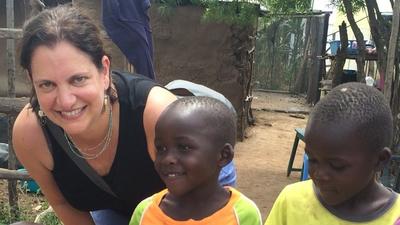 If the billions of dollars in donations and pledges have had little impact, why should there be confidence in investing funds in programs such as these agricultural groups?

The scale of what we’re spending compared to these large NGOs that are being criticized for spending millions of dollars, it’s just a huge difference. Our investment is so much smaller in terms of cash investment. But what’s important here is the level of change that’s going on. Through these trainings we’re able to have people change without it costing very much money at all. Our entire budget in Haiti for a year is less than $100,000.

In all the countries where we work, we have the same methodology, and we also try to partner with other local NGOs and sometimes international NGOs to make sure that we’re leveraging their knowledge to help the communities that we’re working in. In Haiti we’re working with a group called Clean Water for Haiti and they make very inexpensive water filters. They go into the communities and train people on how to keep them clean. We made an agreement with them where they maintain them and keep an eye on them. Again, incredibly low cost. The initial investment is $20 per water filter.

What have been some of the challenges World Neighbors has faced working in Haiti trying to implement programs?

There’s been an enormous amount of challenges. The climate is very difficult. Getting water that’s clean and not too far from the villages is a huge challenge. People walk for miles to get a jug of water that they have to carry back. The country has been deforested. There are whole areas where people have cut down the trees and burned the wood, so reforesting is a huge effort of World Neighbors. We’re helping them to have seedling nurseries and also to plant trees throughout the countryside. There are challenges to getting people to change their way of living. People are used to doing things one way. It takes time for people to change. That is one of the benefits of World Neighbors. We have time. We’re there for the long haul. Over time people do change.

How do you measure the success of the programs in Haiti? What have been some of the tangible results?

One of the most tangible results is when people start to make money and they have their own ability to not only improve their lives and their food security, in that they are now growing enough food year-round for themselves and their families, but they can start to sell [what they grow]. One of the big signs is improving their livelihoods.

So are the types of programs that you have described the best recipe for Haiti’s recovery and in general for successful disaster recovery?