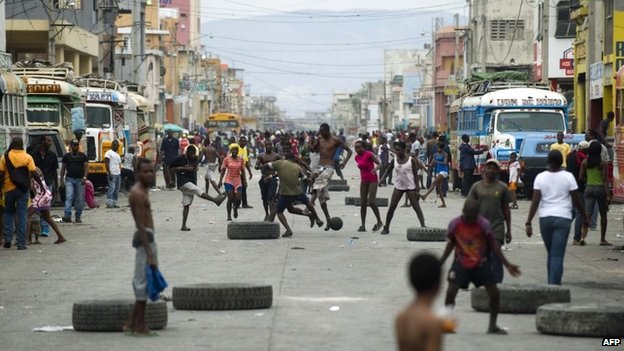 Police in Haiti have clashed with anti-government protesters angry about the high cost of fuel.

Several people were injured as police moved in to clear roadblocks set up in the capital, Port-au-Prince.

Protest organisers said that drivers who ventured into the city centre during the two-day protest would be putting their lives at risk.

Haiti has seen months of protests against President Michel Martelly over delayed elections.

“Because of the price of fuel, the cost of living is going up,” said Ralph La Croix, a Port-au-Prince resident.

“If the government could cut the price of fuel so it was lower, the population would live better,” he told the Reuters news agency.

Petrol and diesel prices have been reduced by the government recently, but protesters want a 50% cut, reflecting the drop in international oil prices over the past six months. 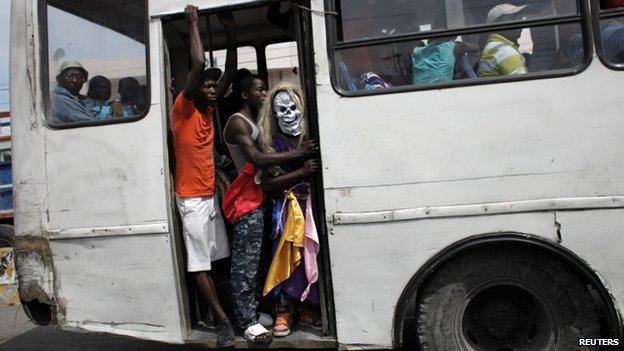 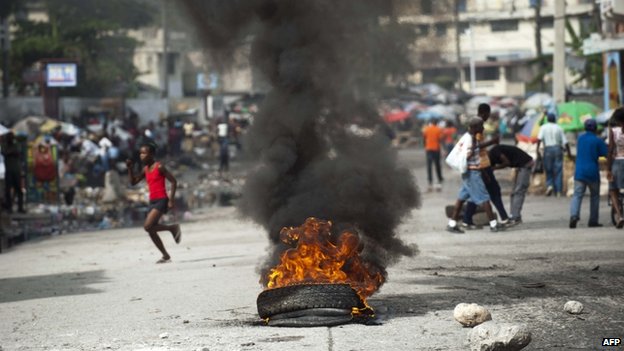 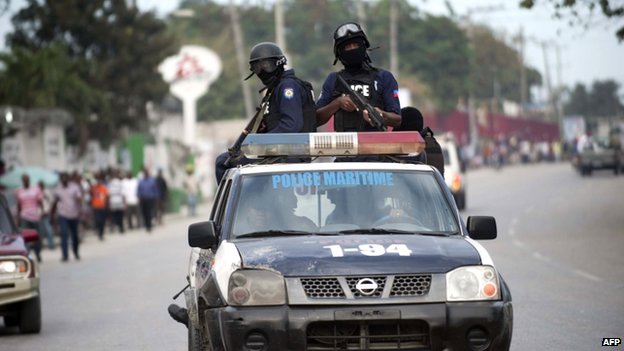 The government said the protests would damage the country’s troubled economy and create “devastating consequences for the most vulnerably people in our population”.

Prime Minister Evans Paul made an appeal for calm.

The government “cannot lower the price of petrol. It’s not that we do not want to, it’s because we are not able to,” he said.

Protesters say they will set up new roadblocks in Port-au-Prince on Tuesday.

He has since reached an agreement with the opposition to form a new government and hold general and local elections, which are three years overdue.

But discontent continues in the poorest nation in the Western Hemisphere, struck by a powerful earthquake in 2010 which devastated much of Port-au-Prince.