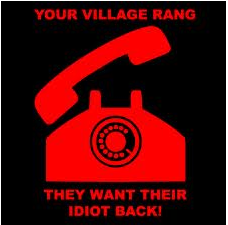 PORT-AU-PRINCE, Haiti (defend.ht) – Carnivals, whether in Les Cayes or in the capital city of Port-au-Prince, Haiti, are enjoyable, but not profitable in terms of government revenue. After an analysis of the cost/revenue report by the Minister of Culture and Chairman of the recent carnival committee that claimed a gain of 21 million HTG in revenue for the public treasury, we found it not to be true. The numbers add up to a net loss for the state of 46 million HTG.

On Monday September 3 the Minister of Culture, Jean Mario Dupuy and Carnival Committee Chairman Jean Pierre-Francois Dany reported on the Carnaval des Fleurs of July 29 – July 31 2012 in Port-au-Prince. The two government officials reported the event as positive and successful, touting a 21 million HTG profit for the public treasury. But when arithmetic is applied to their findings we here at DH don’t believe that to be true.

It is an unforced error by the government to make this claim that would have been better off left alone. It would have been better to accept that carnivals come at a cost to the public and that the profits are merely in the enjoyment of party-goers and the cultural benefit of the event (with cultural benefit being a matter of personal belief and participation which I don’t subscribe to).

At the very best, carnivals could be described as a stimulus to the Haitian economy because the Haitian government spends money on goods and services to hold the event – of course this is with the caveat that most musical performers paid by the Haitian state reside in the United States and most vendors who sell at the event don’t report their gains to Haitian tax authorities. This dampens the gains significantly because it defeats the purpose of stimulus.

Therefore, in terms of dollars and sense, carnivals, at least in the way they are held in Haiti amount to a total net loss.

Breaking down the numbers

Let’s consider the claims of Minister Dupuy and Chairman Dany. These are their numbers, as reported in Le Nouvelliste :

It appears that there was a gain of 19.2 million HTG but there is a problem of logic in this report. The executive is counting a disbursement of 65 million HTG from the Ministry of the Economy and Finance (MEF) as “revenue”, such as that from stand sales and advertising.

Obviously, a disbursement from the MEF can’t be counted as revenue and should be in the expense column which causes a major polarity shift in the government’s number. These sentiments were are shared by Le Nouvelliste journalist, John Smith Sanon, who wrote in the final sentence of his article that:

Indeed, Mr. Sanon is correct in his analysis and we at DH made the 65 million HTG, to avoid the confusion of calling it an expense, a line-item called accounts payable and this is what we found:

State Secretary of Public Security Reginald Delva announced that 5,000 police officers were going to be mobilized for each of the three days of the event. As well other institutions announced that medical and emergency rescue operators and vehicles were on stand by. Assuming that this was not included in the Carnaval Committee’s numbers, this adds to state expenses.

The Friday before the Carnaval des Fleurs President Michel Martelly released an executive order declaring half of Monday and all of Tuesday a government holiday. This means government employees did not work which in some cases meant a loss in revenue for the state. In other cases it mean a loss in income for workers and teachers or a further expense by the government if it decided to provide holiday pay.

There was also the Tet Kale food truck, which cost money to provide party-goers with free meals and meant a loss for vendors of food.

Lastly there is a liability coefficient of transparency of 0.15 which I, personally, apply with any numbers provided by the Haitian government to account for corruption and the inefficiency of coordination.

Carnivals in Haiti are not investments and can barely be considered as stimulus. I do not believe they report significant monetary gain to cost. Case and point, there remained a debt even for the National Carnaval in Les Cayes and the Minister of Culture himself said that carnivals are always a loss in Haiti.

I, personally, do not believe the government should be subsidizing Carnivals and this is for several reasons:
1 – I don’t believe tax payer dollars should contribute to events that promote the drinking of libations, sexual promiscuity and/or provoke violence.
2 – Taxpayer dollars – spent for culture – should go to things towards the “greater good” of uplifting, educating and fellowship. Things with strong consideration of high morality and Christian belief.
3 – Carnivals don’t involve all Haitians and the government should not fund that. I come from a Christian background and my family, for generations, including aunts, uncles and cousins, on both sides don’t participate in things of this nature. There are many Haitians like this.
4 – The country just doesn’t have the money to afford this. This should be clear.

The only people to make money on the carnivals were Martelly people. Those who had created the big floats/char during earlier carnivals were cut out in favor of Sophia’s friends.

The people is Les Cayes were told they were going to make a lot of money. Businessmen bought loads of plywood and other materials to build the carnival stands. Then Martelly’s people brought their own stuff and the local people couldn’t sell anything.

Martelly didn’t even stay in Les Cayes preferring a hotel in Port Salut owned by a Cocaine King.

Same for recent carnival in Port-au-Prince. Only Sophia’s people got the contracts while the regular operators got nothing.

The carnivals are just another vehicle for theft as large chunks of cash are siphoned off in unaccountable expenses.

And of course, these carnivals serve another purpose. They keep the masses thoughts of their dire situation contained. But this will only work for so long and then things will explode.

The explosion could be closer than most think.

Martelly’s expanding ego and refusal to take advice is a formula for disaster.