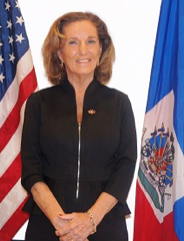 I first served in Haiti from 1982-1985 and again as US Ambassador from 2012-2015.  I have seen many ups and downs in Haiti – including the extraordinary response to the horrific 2010 earthquake when over fifty percent of US citizens sent some sort of donation to help the Haitian people.  I have seen corruption and gang warfare and hundreds of burning tires.  I have seen demonstrations in the streets and violence against innocent civilians.  I have never seen anything like the total breakdown of civility that is the current situation in Haiti.

It pains me to say this since I have spent forty years working as a diplomat around the world, but it is time to throw away the gloves and stop pretending that ‘normal” diplomacy will work in Haiti.  As everyone knows who gives a dime about the Haitian people, Haiti is a failed state.  There is no legitimate government, no judiciary, no parliament, and a weak police force incapable of stopping the gangs that now rule over 60% of the capital.  There is no chance of planning elections under the current security crisis.

There is absolutely zero doubt that Haitians are living in hellish conditions – all social services were terminated months ago. Port au Prince has the highest number of kidnappings in the world. There are weekly beatings and body burnings.  Children in orphanages are terrorized with bullets zooming over their heads with no care as to their safety.  The Haitian National police (HNP)have fewer weapons, fewer members, and a lot less money with which to carry out operations than gangs do. 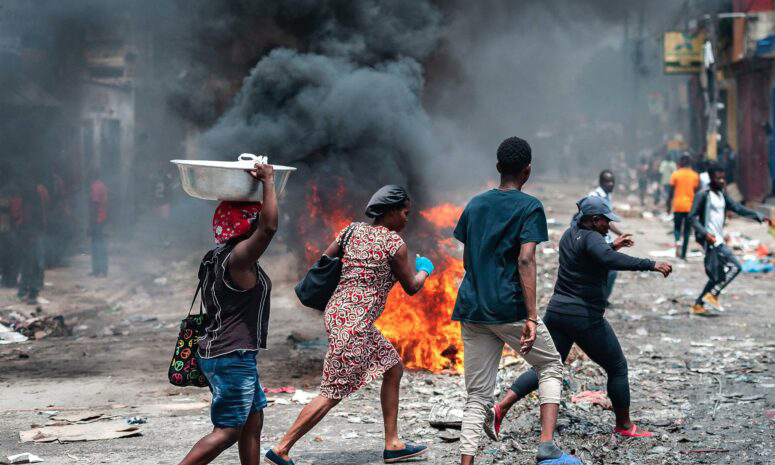 All the international players espouse again and again that increased security, private sector growth, improved education and health services are all needed – and they are correct.  But why not admit that what is needed right NOW is not some complicated five-year plan to solve all of Haiti’s many, many challenges, but boots on the ground right NOW. Just last week, the UN pledged an additional ten million dollars to a new security basket that the UN will manage.  The USG pledged three million.  I cannot for the life of me determine what could possibly be done with thirteen million dollars that would begin to put a dent in the terrorism that is seen daily in Haiti.

On September 18, a well-respected employee of Digicel was found beaten to death in her car – a victim of a botched kidnapping attempt. Last week two respected Haitian journalists were gunned down in broad daylight. In August a former Senator and current director of Public Policy was shot and then burned to death in his car.  On Sunday September 25, gangs kidnapped four people (one woman) while shooting in the air for hours near the famed Hotel Olofson.  Only after the thugs left did the National Police arrive on the scene.

Before we can talk about anything else in Haiti, we need to address the security situation and don’t be fooled, it won’t be cheap.  The NYPD has a corps of 35,000 police and an annual budget of ten billion – with a B.  No one expects to recreate the NYPD in Haiti, but there must be a force with trained professionals who can outgun the thugs. I personally don’t care if they are mercenaries or UN troops or former New York policemen – the killing has got to stop. Perhaps the private sector can be convinced to FINALLY step up to the plate and instead of playing games with gangs, they pay troops to save Haiti – the very country that made the titans of the private sector incredibly wealthy. 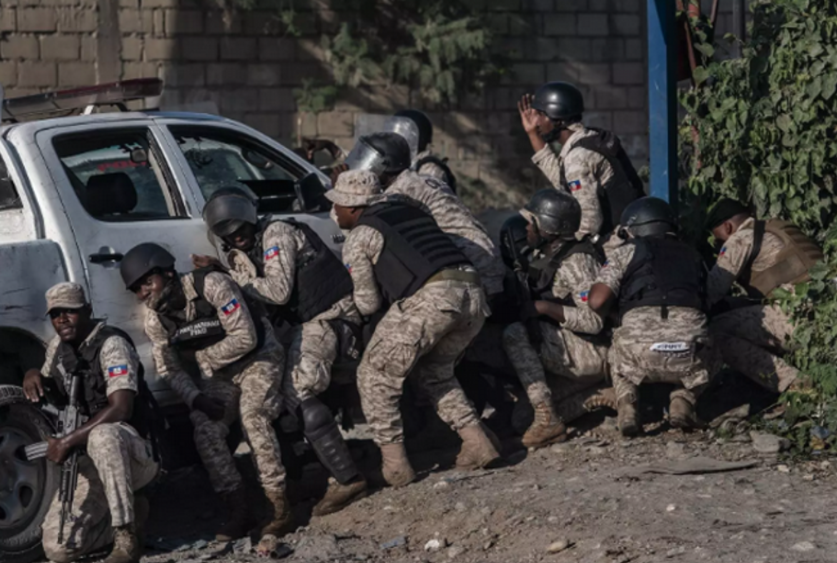 Even desperately needed humanitarian aid Is under siege. Gangs are hijacking boats, planes and trucks that are attempting to deliver critical food and medical items to the most vulnerable. Just this week two UN food warehouses were broken into and then burned.  The UN, Spain, France, Canada, and many others have ordered evacuation of all but essential staff.  Even essential staff are on lock down for the most part.  How can the millions of starving children be fed if the gangs cannot be controlled?

For those of you who might not know Haiti well, it is indeed complicated.  NOTE: Complicated does not serve as an excuse to not engage.  The private sector, the politicians, the gang leaders, as well as member of the civil society operate in overlapping centers of interest and pots of money.  The politicians which are funded by the private sector pay the gangs for influence and safety.  The civil society attempts to cross all fields of influence to keep Haiti functioning, but they too are rendered powerless in the face of such daily violence   Any number of negative events automatically sends negative shock waves across the nation. 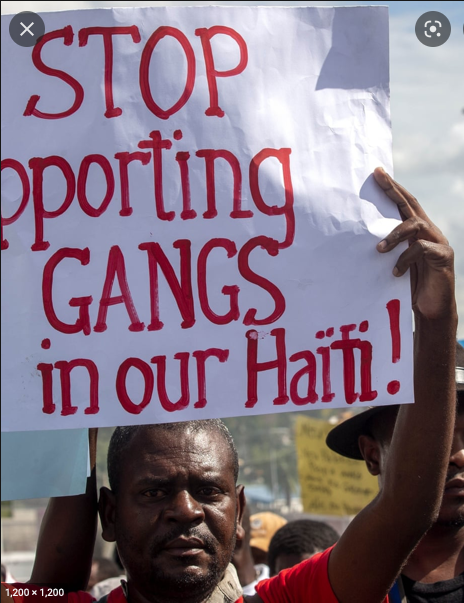 In the past, it always appeared that there were some channels (either political or organized by civil society) that would allow citizens to have access to food, shelter, school, and health care. None of these essentials to life exist today in Haiti. If the Biden administration cannot figure out a way to first secure the streets and second to deliver AT A MINIMUM humanitarian aid, millions of Haitians will die of hunger.

Everyone has a different view of what political arrangement would best suit Haiti at the present time.  If we are truly serious about letting the leadership be determined by Haitians themselves, then let’s actually ask the Haitian people.  Some sort of referendum asking people to vote for four possible scenarios going forward could be accomplished quickly without a lot of money.  Let the people speak. My bet is that the current Prime Minister would not be their first choice.
Haiti is a 90-minute flight from Miami.  Millions of Haitians live and work successfully in the United States.  Our two countries have been in varied relationships for over two hundred years. I don’t have time to give you a lesson on our combined history but it is deep (and often painful). I am not going to go down the road either of saying if you don’t do something about Haiti, you will find thousands of refugees on the USG borders begging for a chance.  Although this is in fact true, I don’t want that to be the reason for policy change in Haiti. We need to give a darn about Haitians because they are our neighbors. We need to give a darn about Haiti because we are compassionate people who reach out when we see people who are suffering from hunger and neglect and violence.  We need to give a darn about Haiti because we cannot watch gang members terrorize a country that we have befriended and supported for decades. Americans help people who are in desperate need. Haitians are in desperate need. 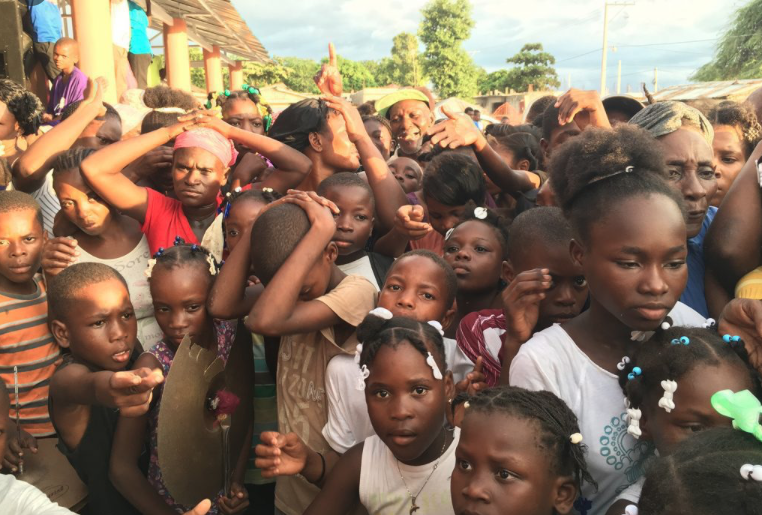 Nelson Mandela once said that “like slavery and apartheid, poverty is not natural.  It is manmade and it can be overcome and eradicated by the action of human beings”.  I agree. BUT eradicating poverty takes money, lots of money. In the long term, no one can solve Haiti’s problems without revitalizing the private sector, investing in schools and hospitals and judicial reform, and of course holding credible elections.  But let’s prioritize what steps need to be taken in the very near term before we coordinate a long-term policy agenda for Haiti.  Every day that passes without a firm decision on how to support Haiti means more dead bodies, more starving children, less chance of ever holding elections and a complete breakdown of civil society.

My vote is to first secure the streets and homes and livelihoods of the Haitian people.  Then increase humanitarian aid.  Then talk about elections and many other needed reforms.

But NOTHING will move if we cannot ensure security.

Nothing will move except the wholesale take over of a nation by thugs. 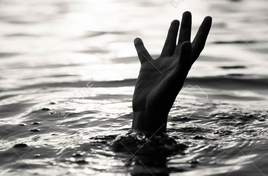