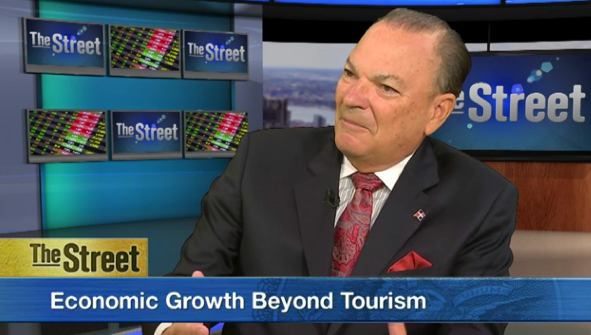 The economy of the Dominican Republic, which has seen a tourism boom in recent years, could grow by 7% this year, according to Frank Rainieri, President and CEO of Grupo Puntacana. Now, some business leaders like Rainieri are trying to spread the wealth. Several entrepreneurs have formed a council to try to bring economic development to the border region of the Dominican Republic and Haiti. Rainieri said the hope to is to expand tourism in the area, as well as build other projects, like agricultural developments and industrial parks. The group is hoping to attract $2 billion in foreign investments, and is working with the governments of the Dominican Republic and Haiti on developing new public-private partnerships. Rainieri said any new development will also help eliminate poverty, by creating jobs.