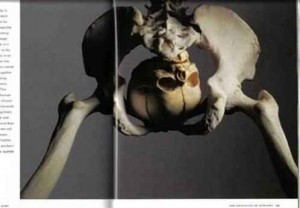 OPINION: Political infighting threatens to paralyze the recovery without elections

Sixteen months after Haiti was supposed to hold a critical round of elections, the voting procedure remains on hold. The country’s warring political factions can’t agree on a date or the membership of the panel that would supervise the process. Even the U.N. Security Council is reaching the end of its tether with Haiti’s political leaders.

It’s not as if the beleaguered Caribbean nation doesn’t have enough problems.

Frequent tropical storms, a cholera epidemic, and an aid distribution process with multiple problems are a few of the reasons Haiti’s post-earthquake recovery has failed to gain traction. There’s plenty of blame to spread around for the glacial pace of progress.

But the political rivalries dividing President Michel Martelly and his Haitian adversaries threaten to paralyze the recovery. This affects every aspect of the post-earthquake process, from housing to job creation to crime control. The longer it endures, the more that those who want to help Haiti become frustrated.

The political impasse is the principal reason that progress in Haiti has been much slower to develop than the international community expected, according to Nigel Fisher, head of the U.N. agency that provides security and shepherds Haiti through the post-earthquake crisis.

He noted back in mid-February that the gridlock over elections is the most vexing issue.

It “dominates the discourse and crystallizes the disappointment of friends of Haiti today,” Mr. Fisher said. Most investors, Mr. Fisher added, would deem Haiti “not yet” ready to move forward on the business front, openly questioning the Martelly government’s boast that Haiti is “open for business.”

Mr. Fisher also cast doubt on Haiti’s justice system. Until investors are assured of an independent judiciary where ordinary business disputes can be resolved equitably, they’ll keep their money in their pockets rather than risk it in Haiti’s unsure business climate.

Mr. Fisher’s scolding should have been a wake-up call for Mr. Martelly’s government. Instead, the comments went unheeded. Nothing changed.

Enter the Security Council, which fired a warning shot last month that stopped just short of an ultimatum.

Comments from Mr. Fisher on the status of the U.N. mission in Haiti and critical remarks by members of the council amounted to a diplomatic version of reading Haiti the riot act. One after another, diplomats warned Haiti to quit stalling. One ambassador said that if elections are not held in 2013, “it will become ever more difficult for the international community to accept excuses and delays.”

Translation: Those who control the purse strings on aid to Haiti are not willing to wait forever while irresponsible leaders engage in political infighting and neglect the business of government.

Earlier, legislators finally sent the names of three parliamentarians to sit on a nine-member electoral council that would break the political deadlock. But then, more political bickering broke out, ensuring longer delays.

Meanwhile, the lack of elections led to the replacement of 130 elected municipal governments by presidential appointees, while the mandate of one-third of Haiti’s senators expired.

Haiti’s politicians would be foolish to ignore the Security Council’s warning. Aid providers should keep the pressure on Mr. Martelly and other political leaders until they show they are capable of making the compromises that are necessary to move the country forward.