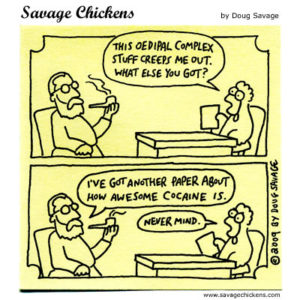 Haitian National Police officers, in South Florida for three weeks, will return home with many new policing techniques, but face challenges in implementing them.

Miami-Dade police officers, who led the U.S. State Department-financed training program, say they hope new techniques the Haitian officers learned will better equip them in tracking and apprehending suspects in the country where its porous borders leave it susceptible to drug trafficking and smuggling.

“What we are trying to do is show them the way we work, the way we function, the way we operate,” said Miami Dade Police Sgt. Oscar Pla, who coordinated the training sessions. The Haitian officers participated in sessions on interrogation and tactical shooting techniques, classroom briefings and on-the-street surveillance.

In one recent role-playing session, a Miami-Dade officer walked over and slid behind the wheel of a parked car in the parking lot of the Miami-Dade Public Safety Training Institute. Three plainclothes officers followed, one taking the front passenger seat, the other two sitting in the back.

As the Miami-Dade officer spoke, the three others listened intently as he gave instructions on how to properly position the vehicle and use binoculars to search out targets. Dozens of Miami-Dade officers, some of them Creole-speaking Haitian-American cops, helped with the training.

Among the stories Pla and others heard: Haitian police often must ride four to a vehicle. If there is a flat tire, they have to take it off another vehicle because there are no spares.

With police having no access to helicopters or boats, suspects often escape before officers can get through Port-au-Prince’s traffic-clogged streets.

Even keeping up their shooting skills is a challenge.

“They were telling me they shoot once they get out of the academy and don’t shoot again because they don’t have the ammunition,” Pla said.

But even with such reality, there are still techniques the Haitians officers can do to increase arrests — from using cell phones to photograph and videotape suspects to learning that it’s sometimes better to lose the target than to blow your cover.

“This has been a good experience,” said Jean Gaston Racine, 45, who joined the Haitian force 17 years ago.

“After this experience, I believe we’ll be better equipped to respond to the drug trafficking problem in the country,” he said.

“We are late with the new technology and that impacts our ability to do our job,” said Ronick Philogene, 39, also a 17-year veteran.

Miami-Dade officers say they were impressed with their students. Many have college degrees and years of policing under their belt.

Racine himself once spent 29 days on a U.S. ship patrolling the waters near Guantánamo searching for traffickers at sea.

Friday’s graduation came on the same day that the State Department rescheduled a visit to Haiti by New York Police Commissioner Raymond Kelly and William Brownfield, assistant secretary of state for international narcotics and law enforcement.

Brownfield has been vocal about increased Caribbean drug trafficking as drug dealers in Mexico and Central America get squeezed out by counter-narcotics efforts.

Last month the U.N. Security Council called on both Haiti and its peacekeeping mission in the country to increase efforts to strengthen the 10,000-member police, which has fallen short of its goal of 14,000 officers by 2011.