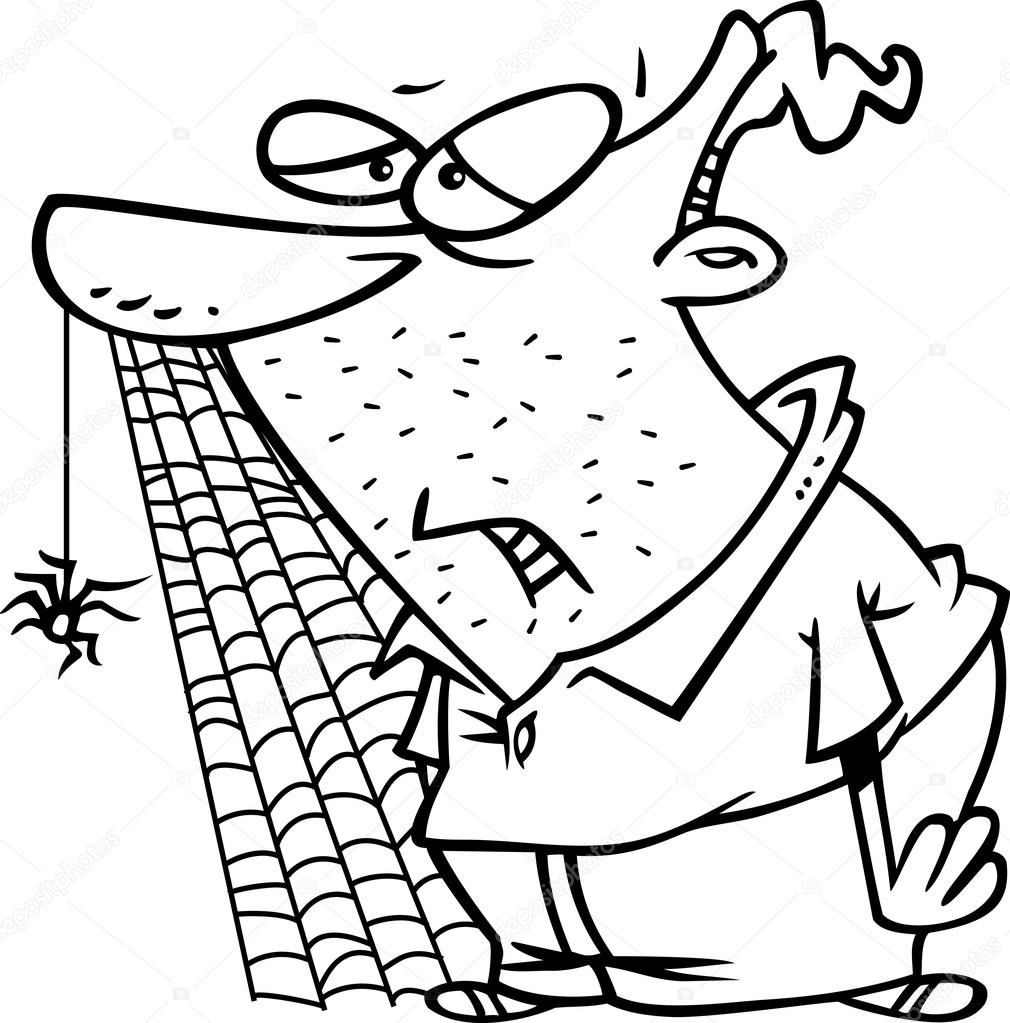 By
Robert Costa and
Aaron Gregg

President Trump’s response to the coronavirus pandemic sparked uproar and alarm among governors and mayors on Sunday as Trump and his administration’s top advisers continued to make confusing statements about the federal government’s scramble to confront the crisis, including whether he will force private industry to mass produce needed medical items.

As deaths climbed and ahead of a potentially dire week, Trump — who has sought to cast himself as a wartime leader — reacted to criticism that his administration has blundered with a torrent of soaring boasts and searing grievances. He tweeted that Illinois Gov. J.B. Pritzker (D) and others “shouldn’t be blaming the Federal Government for their own shortcomings. We are there to back you up should you fail, and always will be!”

Trump changed his tone at an evening news conference, however, touting an “amazing” relationship with New York Gov. Andrew M. Cuomo (D) and saying governors he spoke with on Sunday will be “very happy” with the upcoming federal response.

“The governors, locally, are going to be in command,” Trump said, as he pledged support from the National Guard and federal agencies. “We will be following them, and we hope they can do the job. And I think they will.”

But the growing gulf between the White House and officials on the front lines of the pandemic underscored concerns in cities, states and Congress that Trump does not have a coherent or ready plan to mobilize private and public entities to confront a crisis that could soon push the nation’s health-care system to the brink of collapse.

“We’re all building the airplane as we fly it right now,” Michigan Gov. Gretchen Whitmer (D) said on ABC’s “This Week.” “It would be nice to have a national strategy.”

Uncertainty prompted by the Trump administration’s statements abounded amid the rancor. Federal Emergency Management Agency Administrator Peter T. Gaynor said Sunday the president has not yet invoked the Defense Production Act, which would allow the government to order companies to ramp up the production of ventilators and protective masks, among other products.

Gaynor’s remarks directly contradicted what Trump told reporters on Friday, when he said he had “invoked” the law and “put it into gear” — and were coupled with vague optimism about corporate America’s ability to do what is necessary without being compelled by an executive order.

“We haven’t yet,” Gaynor said on CNN’s “State of the Union,” when asked whether Trump has ordered companies to make supplies. He described the Defense Production Act as “leverage” as the administration moves forward and said, “If it comes to a point we have to pull the lever, we will.”

In the meantime, Gaynor said the administration is pleased with how corporations are responding to the pandemic. “It’s really amazing how great America is,” he said. “All these companies are coming up, asking us what they can do to help.”

Trump tweeted on Sunday, “Ford, General Motors and Tesla are being given the go ahead to make ventilators and other metal products, FAST!”

“Go for it auto execs, let’s see how good you are?” Trump added.

Major auto companies signaled last week that they are studying the feasibility of making ventilators but made no promises about the pace of production, should it begin. A spokesperson for Ford said, “Ford stands ready to help the administration in any way we can, including the possibility of producing ventilators and other equipment.”

There are many obstacles. Ford, General Motors and Fiat Chrysler — the Big Three automakers — have suspended production at their North American plants through at least the end of March because of the coronavirus and after union leaders sought that pause.

The administration’s sunny outlook about companies’ ability to act was met with sharp disagreement from governors facing mounting illness and deaths from covid-19, the disease caused by the novel coronavirus.

“We need the product now,” Cuomo said at a news conference on Sunday. “We have cries from hospitals around the state. I’ve spoken to governors around the country, and they’re in the same situation.”

Cuomo said the Trump administration must “order factories” to make “essential supplies” and invoke the Defense Production Act as soon as possible, calling it the “difference between life and death.”

New York Mayor Bill de Blasio announced Sunday that there are now 8,000 cases in his city, with 60 deaths. He pleaded with Trump to deploy the military to the nation’s financial capital, home to more than 8 million people.

“April is going to be a lot worse than March, and May could be worse than April,” de Blasio said. “We are very much on our own at this point.”

Anthony S. Fauci — director of the National Institute of Allergy and Infectious Diseases and an influential nonpartisan adviser to Trump — appeared to defend the president’s decision-making.

“What the president was saying is that these companies are coming forth on their own,” Fauci said on CBS’s “Face the Nation.” “I think that’s an extraordinary spirit of the American spirit of not needing to be coaxed. They’re stepping forward. They’re making not only masks, but [personal protective equipment] and now ventilators.”

Many governors and mayors said they feel ill-equipped for the coming storm, particularly the expected deluge of patients at hospitals and health centers.

Pritzker said on CNN that his state has received about a quarter of the personal protective equipment it has ordered from the federal government.

“I’ve got people working the phones calling across the world, frankly, to get this stuff to Illinois,” Pritzker said, as he worried that states are probably “overpaying” in part because of the lack of decisive action by Trump.

On Twitter, Trump dismissed Pritzker as part of a cabal aligned against him that includes “a very small group of certain other Governors” and cable news networks, which he disparaged as “fake news.”

But Democrats were not Trump’s lone critics on Sunday. Maryland Gov. Larry Hogan, a centrist Republican, said the Trump administration, through FEMA, “has to take the lead” in securing medical items.

“We are getting some progress. Now, it’s not nearly enough. It’s not fast enough. We’re way behind the curve,” Hogan said on NBC’s “Meet the Press,” as he detailed how Maryland is scrambling to find supplies without any guarantees from the federal government.

Gaynor, however, did not offer any assurances.

“What I’ll say is if you can find it on the open market, go buy it,” Gaynor said on NBC. “Any governor that needs it, and you find it, go buy it. FEMA will reimburse you under this emergency.”

He added, “I hope no one is hoarding” masks “because we’re all in this together.”

Turmoil at hospitals is challenging governors by the hour. Speaking Sunday on CBS, Richard Pollack, president of the American Hospital Association, said “the most immediate thing we need is personal protective equipment: the masks, the gowns, the goggles, that type of equipment to protect our health-care heroes that are on the front lines. That is what is most essential now. If we don’t protect our health-care workers, the system will completely collapse.”

Last week, Trump invoked rarely used wartime powers and announced the deployment of two naval ships as he tried to boost the federal response to the coronavirus outbreak after days of bureaucratic delays and missteps.

“We’ll be invoking the Defense Production Act, just in case we need it,” Trump said, referring to the 1950 law. “It can do a lot of good things if we need it.”

But Trump’s plans were ambiguous, and it remained unclear Sunday how he would implement them.

The president first said Wednesday, on Twitter, that he would be using the broad authorities granted by the act only if needed in a “worst-case scenario.” By Friday, Trump said he had formally invoked the Defense Production Act, “and last night, we put it into gear.”

Behind the scenes, the Trump administration has activated only a very limited set of authorities under the law, including a provision that allows the government to jump the line when ordering from U.S. manufacturers. The more extreme provisions in the law — including authorities that could allow it to take control of private airplanes or use federal funds to get other industries involved — have not been announced.

When pressed at Sunday’s news conference on why he is not exerting more federal power under the act, Trump suggested it would be akin to countries such as Venezuela nationalizing industries.

Former Pentagon officials who handled Defense Production Act policy for Democratic and Republican administrations said the Trump administration has so far made little use of the law.

“All of this should have started months ago, so we are behind,” said Bill Greenwalt, a defense consultant who led acquisition policy in the George W. Bush administration. “On production, I think we will find out that our base is not capable of producing what we need as I expect much of it has been outsourced to China and elsewhere.”

“It’s the right authority but it’s way late in the game,” Adams said. “We started hearing about Chinese cases in November. We probably should have been invoking DPA authorities in January or February. We had no plan.”

Fast-moving developments this week will increase pressure on Trump and agencies to offer more guidance and assistance.

Trump — who will be judged by voters at the polls in eight months — also faced criticism from former vice president Joe Biden, the delegate leader for the Democratic presidential nomination, who issued a statement in response to Gaynor’s interview on CNN.

“Mr. President, stop lying and start acting,” Biden said. “Use the full extent of your authorities, now, to ensure that we are producing all essential goods and delivering them where they need to go.”

Seung Min Kim and Toluse Olorunnipa contributed to this report.