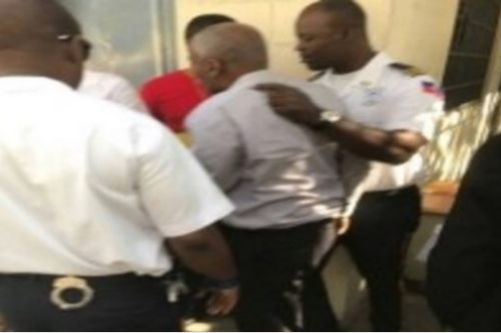 PORT AU PRINCE, Haiti (CMC) — The former deputy of the southwestern coastal commune of Léogâne, Jean Baptiste Anthony Dumont has surrendered to police after he was accused of sexually assaulting an 11-year-old child.

A statement from the National Network for the Defense of Human Rights (RNDDH), said Dumont, voluntarily surrendered to the public prosecutor’s office of Port-au-Prince last weekend, before any warrant was issued for him to answer the charges that are brought against him in the report of the RNDDH.

The RNDDH is claiming to have, in its possession, video backing its allegation, saying that the material was obtained after the woman whom the former official was having an affair with became concerned about the relationship he had with her 11-year-old daughter.

Dumont, who has since been remanded into custody, has denied all the allegations and accused the woman of a conspiracy against him