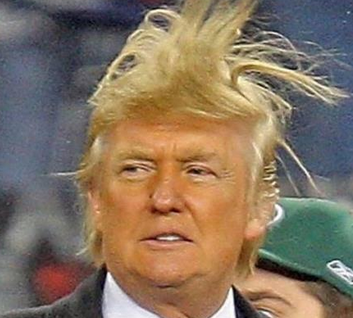 President Trump’s immigration agency is recommending that the U.S. end temporary protections by next January for 50,000 Haitians allowed to remain in the United States following a series of natural disasters that have crippled the poverty-stricken Caribbean nation.
James McCament, acting director of U.S. Citizenship and Immigration Services, concluded in a letter last week that conditions in Haiti have improved enough to end “temporary protected status” for Haitians, according to a copy of the letter obtained by USA TODAY.

The Obama administration first offered temporary protection to Haitians following the devastating 2010 earthquake. The protection has been extended several times, the latest set to expire July 22. McCament proposed an extension to January to allow for a “period of orderly transition” but said the program should not be extended beyond then.

A final decision on the Haitians’ fate rests with Department of Homeland Security Secretary John Kelly. Spokesman David Lapan said Thursday that Kelly has not yet made that decision.

The recommendation upset Republican and Democratic members of Congress who have pleaded with Kelly to extend the protections. Last month, 10 lawmakers from Florida, where many Haitians reside, wrote to Kerry outlining recent disasters that have slammed Haiti.

That started with the 2010 earthquake that displaced hundreds of thousands and destroyed government buildings throughout the country. Haiti was struck by Hurricane Matthew six months ago, killing 1,000 people and crippling ongoing reconstruction work. All the while, Haiti has dealt with the worst cholera outbreak in its history, which has killed 9,000 people and continues to plague the country.

“Haiti is still struggling to recover from two major natural disasters that killed more than 200,000 people. Haiti is one of the poorest countries in the world and right now it’s unable to support the roughly 50,000 Haitians that are currently receiving protected status here in the U.S.,” Sen. Bill Nelson, D-Fla., said Thursday. “The U.S. should be focused on helping Haiti recover, not sending people back to a country that can’t support them.”

Temporary Protected Status is offered to foreign nationals, including legal residents and undocumented immigrants, who cannot return to their home country because of armed conflict, a natural disaster or “other extraordinary and temporary conditions.”

The recommendation is a sharp departure from the immigration agency’s report in December, when President Barack Obama was still in office.

“Many of the conditions prompting the original January 2010 … designation persist, including a housing shortage, a cholera epidemic and limited access to medical care, damage to the economy … political instability, security risks, food insecurity, and environmental risks (as exemplified by the impact of Hurricane Matthew in October 2016),” the report said.

That prompted then-Secretary of State John Kerry to ask the Department of Homeland Security to extend protections for Haitians because “certain extraordinary and temporary conditions related to the 2010 earthquake continue to exist.”

In the new report, agency acting director McCament said he tried to solicit a recommendation from Secretary of State Rex Tillerson but received no response.

McCament said Haiti has not completely recovered from the earthquake, but enough progress has been made. He said the Obama administration started sending some Haitians home in 2016.

The conclusion came as a shock to Esther Olavarria, a senior counselor at Homeland Security under Obama who helped institute the first protected status for Haiti in 2010. She said if Kelly follows through on the recommendation, “it would be a travesty.”

“What they’re trying to argue is the temporary aspect of this has ended and we’ve returned to, ‘Haiti as it was, always poor,'” she said. “But that’s just not the case.