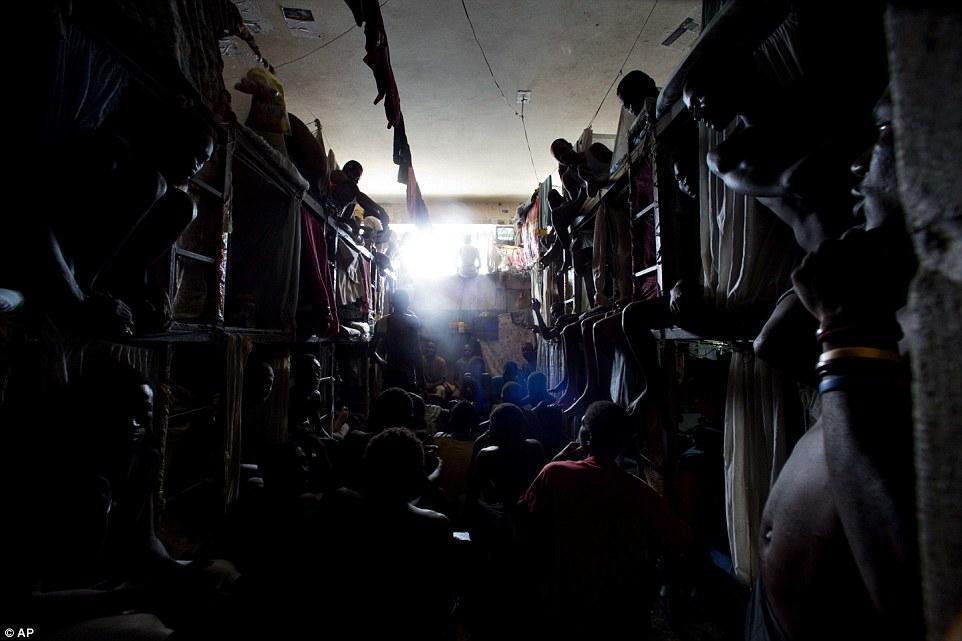 Impossible conditions in which  the ASPCA –  American Society for the Prevention of Cruelty to Animals – would not allow a dog to endure, are the standard in Haitian prisons.

Even these chickens have better, though crowded conditions. If you look, they have all the food and water they need, on demand, not like the human prisoners who are starved, starved, starved by the system which keeps them in Hell!

Innocent are tossed in with the Guilty.

So crowded are conditions that some must sleep on the floor, while others stand, awaiting their turn to rest.

Plugged, or no toilets see the floors smeared with shit. Hardly the place to sleep, or stand, or sit. Disease and infection accelerates, poisoning the bodies of those imprisoned and weakened by food shortages – sometimes no food at all when the AUTHORITY steals money meant to but food and medicine.

BUT CAMILLE EDOUARD JUNIOR WILL WALTZ FREE, HIS CRIMES FORGOTTEN BECAUSE HE COMES FROM A LEVEL THAT IS NEVER JAILED. 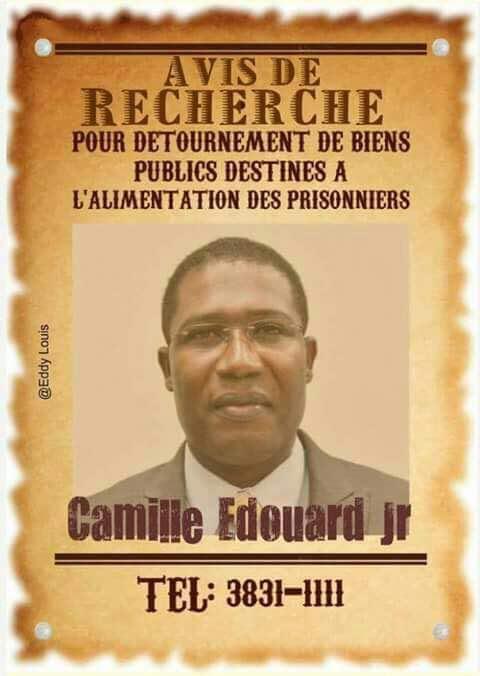 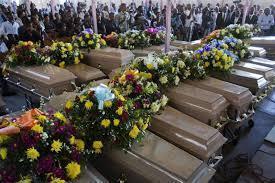 All of the elements are mixing together, waiting until they reach the FLASH POINT at which time a very dangerous, bloody, explosive event will occur.

Lives will be lost.

Political and social instability will be generated.  With over 11,000 Haitians in jail – guilty/innocent – there are at least that many families influenced, increased by the factor involved with married inmates. The Domino Effect will be substantial – within our community, if nothing is done to neutralize the danger.

World attention will be focused upon the inhuman conditions of our jail system, and the criminal inefficiency of our court system.

Although Jovenel Moise is not responsible for creation of these conditions, his government will be blamed, because it is in control now.

The Jail system is a natural focus for opposition created chaos.

President Jovenel Moise has already taken steps to initiate the defusing of this very dangerous situation. With the planned release of 287 men jailed in Port-au-Prince’s National Penitentiary he has shown his desire to right a major wrong that has been ignored by all governments since the 1986 infliction of Democracy, without any focus on necessary infrastructure. Millions provided by the Americans, for generating a legal infrastructure, stolen by Guy Malary on Aristide’s orders, our system remained crippled whil the flow of prisoners increased.

At some time Aristide knew a melt-down would occur. Now is the moment and Aristide/Lavalas and their other business and drug associates, frightened By President Moise’s stated plans, will move to make the melt-down a reality..

PERHAPS THE JOVENEL MOISE GOVERNMENT CAN NEAUTRALIZE, DILUTE THE MOMENTUM TOWARDS CHAS BY ANNOUNCING FURTHER PLANS TO DEAL WITH THE CHALLENGES OF “PREVENTATIVE DETENTION” AND STEPS TOWARDS IMPROVING THE PRISONERS’ CONDITIONS – LIKE IMPROVED SANITARY CONDITIONS, SUCH A SHOWERS AND TOILETS. PERHAPS SOME PAINT AND BRUSHES WITH WHICH THE PRISONERS CAN RENEW THE INTERIORS OF THEIR ENVIRONMENT. 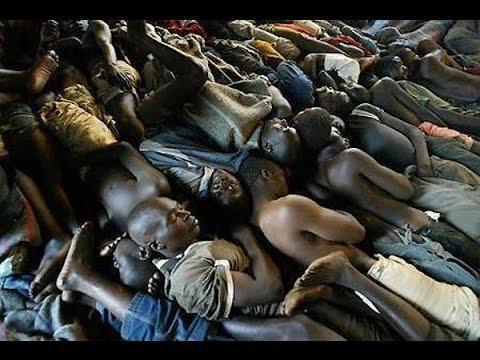 AS THEY SAY – TIME IS OF THE ESSENCE.

BETTER TO ACT AND PREVENT A DISASTER THAN BE FORCED TO DEAL WITH THE DISASTER AND SUBSEQUENT CLEAN UP.