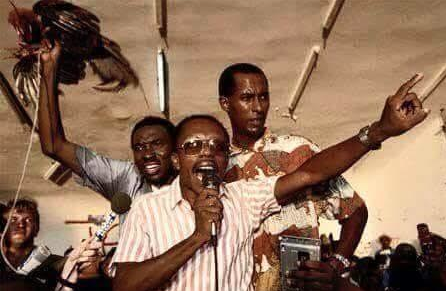 Port-au-Prince (AFP) – Haiti’s interim president Jocelerme Privert vowed Friday to do “everything in his power” to hold the previous administration accountable for its actions, amid allegations of corruption and mismanagement.

Privert said he has met with leaders from civil society and political parties, as well as everyday citizens, who are demanding that the previous government of Michel Martelly be called to account for its less than stellar record of governance.

“I am going to do everything in my power to make sure that the institutions (of government) meet their responsibilities,” he told a news conference.

He added that he “has not ruled out convening a task force” to look into the matter, including a unit focusing on financial mismanagement under Martelly.

Privert took power earlier this month following the February 7 departure of Martelly, after a vote to choose his successor was postponed over fears of violence.

Opposition leaders have criticized Martelly, charging him with overusing his executive powers. They also accuse his wife and eldest son of embezzling public funds.

The deeply impoverished Caribbean nation has been paralyzed by an electoral crisis and continues to struggle to get back on its feet after being hobbled by devastating 2010 earthquake.

Keep your eye on the ball!

Privert is a caretaker President with one MANDATE – the completion of already started Electoral Process.

Changing the Cabinet is a time waster.

Starting audits, that cannot possibly be completed within 120 days is a smoke-screen. How about auditing Preval for his theft of $198,000,000 from Petrocaraibe, and the hundreds of millions stolen by Aristide? How about the cash and materials, exceeding $100,000,000 stolen by Jude Celestin as chief of CNE.

Stick to the MANDATE AGREED TO – COORDINATION OF COMPLETION OF ELECTORAL PROCESS!!!!

We are on the way to NO ELECTIONS and a long, drawn out Interim Government that will eventually see the ARISTIDE/LAVALAS killers and thieves returned to power.