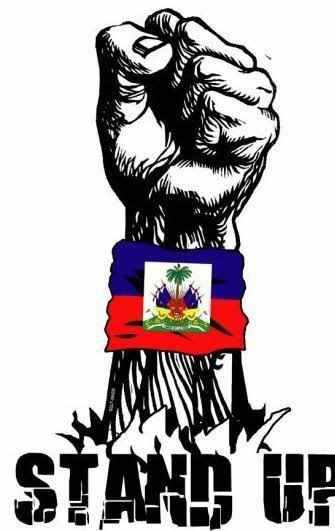 An original list of 34 was cut to 19 by the Provisional Electoral Council, which rejected 15 candidates on grounds of ineligibility, the most prominent being Haitian-American hip-hop star Wyclef Jean, who protested his exclusion.

One of the 19 candidates subsequently withdrew.

Several frontrunners have emerged but no clear favorite is seen, which could force the presidential election to a second round on January 16.

Here are some of the leading contenders:

At 70, she is a prominent opposition figure, university professor and former first lady who could

become Haiti’s first elected female president. Her husband, Leslie Manigat, lasted just four months in office in 1988 before being deposed in a military coup. Sorbonne-educated, a vocal critic of Preval and a strong advocate of education for all Haitians, she is representing the Assembly of Progressive National Democrats (RDNP) party and has the backing of an influential group of parliamentarians, the COREH.

The 48-year-old engineer is standing as the candidate of Preval’s ruling INITE (Unity) coalition platform. He is a political newcomer but recognized as a hard-working technocrat. Celestin’s leadership of the National Equipment Center, the main state construction company, gave him visibility during the immediate rescue and debris-clearing after the January earthquake. But as Preval’s protege, he may be damaged by widespread criticism of the president’s perceived low-key response to the earthquake and the raging cholera epidemic. Anti-U.N. protesters in the capital last week burned Celestin’s election posters in the yellow and green INITE colors.

The former two-time prime minister, 63, was the original chosen candidate of the Preval camp but

was dropped in favor of the younger Celestin. He then registered as a candidate for the small Mobilization for the Progress of Haiti (MPH) party led by Samir Mourra, a Haitian-American who was barred from the 2006 elections because of ineligibility. Alexis is an agronomist like Preval and also served as an education minister. He was dismissed as premier in 2008 by the Senate after riots over food prices.

At 49, “Sweet Micky” is a popular musician and entertainer, a star of Haiti’s Kompa dance music that fuses African and Latin rhythms, often accompanied by satirical lyrics. While he lacks political experience, his rallies have drawn surprisingly large crowds, especially of young supporters. Some describe him as a “second Wyclef Jean.” Martelly is running for the Repons Peyizan party and could be a dark horse contender.

The well-known lawyer and notary, 54, is another fierce critic of Preval. Standing for the Renmen Ayiti party, he is backed by some supporters of exiled former President Bertrand Aristide and his excluded Fanmi Lavalas party. Ceant is using Aristide’s popular Creole political slogan “Tou moun se moun” (Everybody is equal), which could draw him wide-ranging support from the poor and middle class. He says he wants to seek a broad political consensus.

The well-known businessman, 50, finished third behind Preval in the 2006 election. Standing for the Respe party, he runs a garment business that exports to the United States, is a leader of the Association of Haitian Industries and is seen as a voice of the private sector with experience in national politics, although he has also canvassed support in poor rural areas.

Other candidates on the list are another former prime minister, Yvon Neptune, a clutch of former ministers including Leslie Voltaire, an urban architect educated at Cornell University who has been prominent in planning the post-quake recovery, an evangelical pastor and a former head of customs.