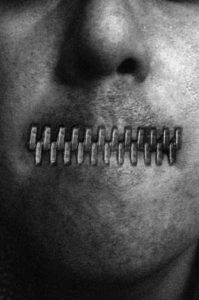 A former Haiti official convicted of taking bribes while running the nation’s telecom company was sentenced to one year in U.S. prison amid secrecy about his court hearing.

The former head of Haiti’s state-owned telephone company will surrender next month to U.S. authorities to begin a one-year prison sentence, for accepting bribes from Miami-based businesses that sold long-distance phone services.

The federal sentencing of Patrick Joseph was shrouded in secrecy because of concern for his safety.

Joseph’s protection, handled by the FBI and other federal agencies, became paramount after his father, a retired Haitian official, was murdered. He was assassinated just days after The Miami Herald reported in March that the son was cooperating with the Justice Department in a related kickback probe into deposed President Jean-Bertrand Aristide.

In addition to the one-year sentence, Joseph was also ordered to pay $955,596 in ill-gotten gains to the U.S. Treasury.

Joseph pleaded guilty to a money-laundering conspiracy charge in February in the case, which has resulted in convictions of seven other Haitian officials and South Florida businessmen.

Joseph served as Aristide’s director general of Haiti Teleco from March 2001 to June 2003. He has been living with his family at an undisclosed South Florida location since his father’s slaying.

Advance scheduling of Joseph’s sentencing hearing was not posted on the court docket, which is highly unusual. The outcome of the hearing was filed Monday, stating he can voluntarily surrender Aug. 6 to the U.S. Marshals Service in Miami to begin his prison term.

Joseph’s attorney Richard Dansoh, who is handling his defense along with lawyer Guy Lewis, declined to comment Tuesday.

In court papers, the lawyers noted the importance of keeping Joseph’s address under seal, citing “security issues that arose in the wake of his father’s murder.” They also noted that Joseph has been “under the care of a psychologist for grief and anxiety-related issues.”

Joseph’s 80-year-old father, Venel Joseph, who served as governor of Haiti’s Central Bank during Aristide’s presidency from 2001-04, was killed outside his home by gunmen on motorcycles in a residential area of Port-au-Prince. Joseph’s driver survived the ambush. The still-unsolved murder sparked rumors in the Haitian media and blogosphere about who wanted him dead — and why.

Because of security concerns, Venel Joseph’s body was brought to South Florida for burial.

The fatal shooting happened two days after The Miami Herald reported that the son, Patrick Joseph, had cut a cooperation deal with the Justice Department.

Patrick Joseph agreed to testify about millions of dollars in bribes he claims to have shared with Aristide and other senior officials, according to legal sources familiar with the probe. Aristide’s Miami lawyer, Ira Kurzban, has denied the allegation.

Aristide, forced out of office in February 2004, lived in exile in South Africa until his return to Haiti last year.

Since the first Haiti Teleco indictment was returned by a federal grand jury in 2009, a dozen South Florida business people and Haitian officials have been charged in the high-profile case.

Haiti’s Central Bank owned the state-controlled telecom company, and was used to distribute kickbacks paid by the Miami businesses for lower long-distance phone rates, according to an indictment.

Joseph’s father served as chief of the Central Bank while the son headed Haiti Teleco. The father, Venel Jospeh, is referenced in the indictment as “Official A.”

Aristide is not identified by name in the indictment. But defense attorneys say “Official B” referenced in the corruption indictment is indeed the ex-president.

According to the indictment, Official B and senior officials of Haiti Teleco allegedly received payments totaling about $2.3 million from Miami businesses Cinergy Telecommunications and Uniplex Telecom Technologies. Both firms sold long-distance phone services to Haiti.

The businesses are accused of using “shell” companies to kick back the money to those officials.

The indictment alleges that the bribes were passed to Aristide via “Company A,” a reference to a suspected front, Digitek. It was owned by Aristide’s brother-in-law, who lives in Coral Springs.