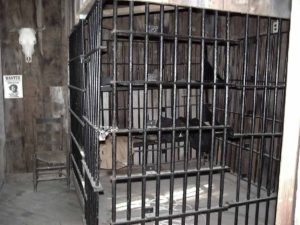 (Reuters) – A former senior telecommunications official in Haiti has been convicted in federal court in Miami for accepting $500,000 in bribes from two U.S. companies that secured lucrative long-distance phone contracts in the impoverished Caribbean nation, authorities said on Tuesday.

A jury unanimously found Jean Rene Duperval guilty on Monday after a week-long trial in a case based on 2001-2005 dealings that involve several former officials who served under former Haitian President Jean-Bertrand Aristide.

Duperval, a 45-year-old resident of Miramar, Florida, faces up to 20 years imprisonment when he appears for sentencing on May 21 in the U.S. District Court for southern Florida. An appeal is planned, his lawyers office said.

Duperval, a former director of international relations at Haiti Teleco, Haiti’s state-run telecommunications company, was prosecuted as part of a broader investigation under the Foreign Corrupt Practices Act, which prohibits U.S.-linked firms from bribing foreign officials.

“Mr. Duperval was convicted by a Miami jury of laundering $500,000 paid to him as part of an elaborate bribery scheme,” Assistant U.S. Attorney General Lanny Breuer of the Justice Department’s Criminal Division said in a statement.

“Duperval doled out business in exchange for bribes and then used South Florida shell companies to conceal his crimes,” said Breuer.

Duperval was the eighth defendant involved in the corruption scheme to be convicted so far, prosecutors said.

Last year, the former president of Florida-based Terra Telecommunications Corp was sentenced to 15 years in prison for his involvement in a scheme to pay hundreds of thousands of dollars in bribes to officials in Haiti.

Prosecutors said that from November 2001 through March 2005 the company paid more than $890,000 to shell companies to be used as kickbacks to Haitian government officials.

Haiti Teleco, which was privatized in 2010 and is now controlled by a Vietnamese military-run company Viettel, was the sole provider of land line telephone service in Haiti. Terra held contracts with Teleco that allowed the company’s customers to place calls to Haiti.

In a high-profile case, still under investigation in Haiti, Joseph’s father Venel Joseph, who served as Haiti’s central bank chief under Aristide, was shot and killed in the Haitian capital last week.

2 thoughts on “Ex-Haiti official convicted in U.S. for corruption”