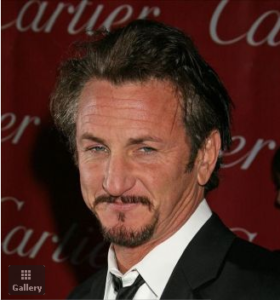 Sean Penn has questioned why Haitian presidential-hopeful Wyclef Jean did not do more to help keep the earthquake-ravaged nation in the public eye this year.

Writing in the Huffington Post, Penn commented, ‘I was there for those six months after the earthquake and so many of us on the ground wondered where he was when that kind of attention was so necessary and absent, and why he was NOT helping to keep this desperate situation in the news.’

In the wake of the devastation in the Caribbean nation earlier this year, the Oscar-winner helped run a camp for 50,000 displaced persons.

‘The real and devastating human issues in Haiti must be handled and led by a qualified president’s deft hand. These elections are crucial, and I have no part in them. Neither should Mr Jean,’ Penn wrote.

‘My support is with the Haitian people, and whomever they lawfully select as their next President.’