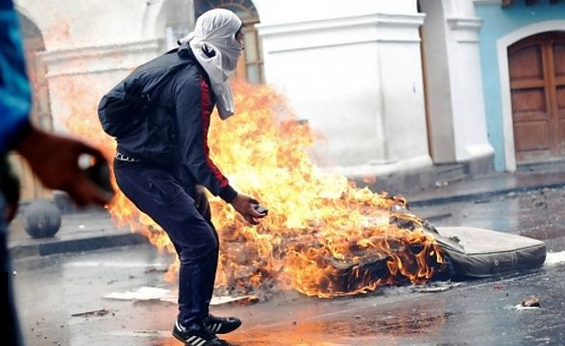 Ecuador’s President Lenín Moreno has said he will “not negotiate with criminals” after a second day of protests over cuts to fuel subsidies.

Mr Moreno said he would not reverse his decision to scrap fuel subsides, which have been in place for four decades.

Chairing a cabinet meeting, the president said he would not bow to the demands of “criminals”.

Angered by the rising cost of fuel, protesters have taken to the streets across the country.

On Thursday, when the cuts came into effect, protesters blocked roads across the county, bringing transport to a standstill.

In response, a 60-day state of emergency was declared by Mr Moreno, who said he would not allow protesters to “impose chaos”.

More protests were held on Friday in Quito, the capital, and the city of Guayaquil, where roads were strewn with makeshift barricades and burning tyres. 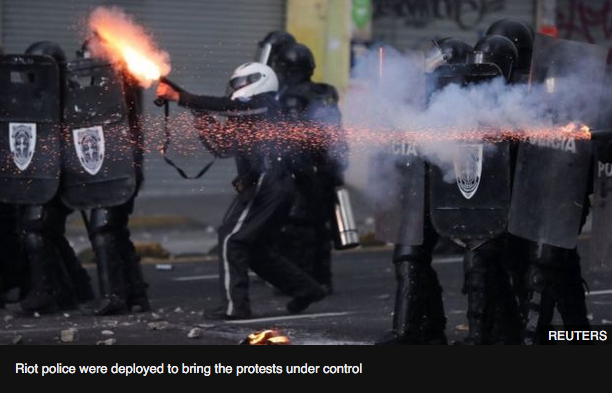 Around 350 people were arrested during the demonstrations, Ecuador’s interior ministry said, with reports of looting and clashes with police.

What did President Moreno say?

At a cabinet meeting on Friday, President Moreno said he would be open to talks with anyone affected by the cuts, but dismissed those who have resorted to violence.

“We don’t negotiate with criminals,” the 66-year-old president, who took office in 2017, said.

Striking a defiant tone, Mr Moreno said the majority of Ecuadorians supported his “brave decision”, telling protesters he would not change his mind.

“I am very happy about the massive response, in its majority, we have received from Ecuador’s people to support a brave decision taken by the national government,” Mr Moreno said.

Why did the president scrap the subsidies?

The elimination of the fuel subsidies, introduced in the 1970s, are part of Mr Moreno’s plan to shore up Ecuador’s flagging economy and ease its debt burden. 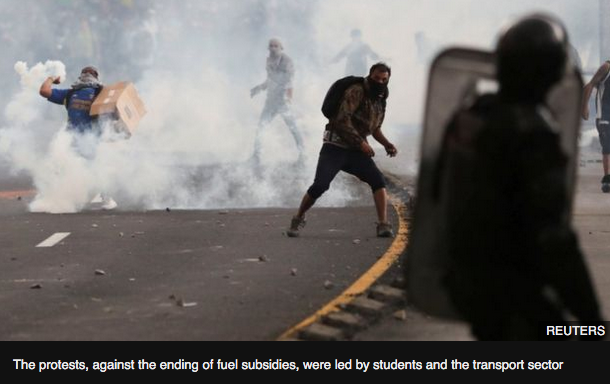 Ecuador’s government has agreed to cut public spending as part of a loan deal with the International Monetary Fund (IMF).

On Tuesday, Ecuador announced it was leaving the Organization of the Petroleum Exporting Countries (Opec) to pump more oil and raise revenues.