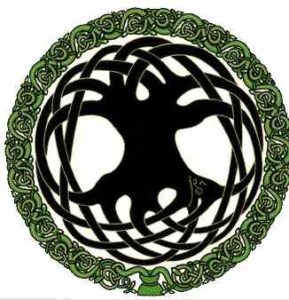 As weve described in recent stories about Sunspring units that are in operation in Haiti, the technology can be operational in just three hours after arrival at a site and is able to process up to 5,000 gallons per day for up to ten years. Its also one of the most economical water systems available, at a cost as low as $.0013 per gallon and perfectly suited for remote locations or emergency uses.

Invented by Jack Barker and made by his company, Innovative Water Technologies, the core of the unit is GEs ecomagination certified Homespring water filtration unit. To make the cut into the ecomagination line of energy efficient technologies, products have to provide a distinct, measurable advantage in reducing environmental impact while improving operational performance. But water plays a critical role in health, too — especially in places such as Haiti, where the aftermath of the earthquake has generated dangerous outbreaks of the waterborne disease cholera.

Because of that health link, GE announced today that the Sunspring has also been designated as one of GEs healthymagination products. Its the first non-GE Healthcare product to join that technology club. Oxford Analyticas Consulting Practice evaluates all healthymagination validated products for evidence of lowered cost, improved access and/or enhanced quality. GEs goal is to enable measurable and sustainable improvements in global health, with the target objective for the year 2015 being to lower cost, increase access and improve quality each by 15 percent.

As Barker said about the impact that technology can have in places such as Haiti: Their choice isnt drinking good or bad water. Its drinking bad water or dying.

Innovative Water Technologies has rolled out water-filtering systems in India, Nigeria, the Democratic Republic of Congo, Mexico, and even camping grounds in the United States, with about 100 so far in operation. Next, Barker hopes to put another 100 units in schools across Haiti: Even if they dont have electricity, theyll have safe water.

In the last year, IWT and GE worked to provide relief in the aftermath of the January 2010 earthquake in Haiti. Since the earthquake, the GE Foundation has purchased 12 Sunspring units for relief efforts. The photo above was taken in October 2010 at a hospital in Mirebalais, Haiti.

The units have been producing clean, safe drinking water for thousands of Haitians and relief workers, and many of the units have moved from emergency camps to become permanent fixtures in orphanages, schools, hospitals, and villages. This Sunspring is located at a youth camp outside Port-au-Prince, Haiti.

The Sunspring is the only decentralized solar water plant in the world that is WQA (Water Quality Association) Gold Seal Certified to the US EPAStandard for microbiological water purifiers.