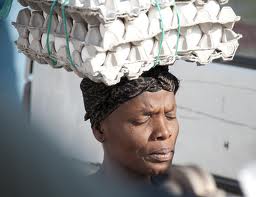 The Dajabon market was closed Monday seeking to pressure Haiti to drop the ban. A Dominican board says the country sells about 25 million eggs and 8 million chickens to Haiti every month.

A Haitian newspaper has reported that a Haitian government official has acknowledged that authorities erred when they made the report.