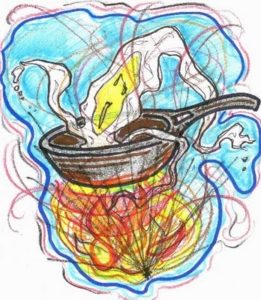 UNITED NATIONS — Aid workers are still scrambling to provide shelter to millions of Haitians made homeless by the earthquake that leveled the capital city Port-au-Prince and other towns six months ago today as hurricane trackers predict an active storm season.

U.N. officials and dozens of NGOs say they have made progress, mostly in distributing food, health care and rudimentary shelter. But all acknowledge they are unprepared for a tropical storm or hurricane. Most of the affected 1.5 million people are sleeping under tents or tarpaulins.

Anxious about the fate of people in sprawling tent cities, aid workers are building “transitional shelters,” makeshift homes with durable wood or steel frames designed to withstand storms. Though they can be built quickly and easily, the effort is moving more slowly than initially thought, Doole and others say.

“In Port-au-Prince, wind is not the problem,” said Timo Luege, communications officer for the shelter cluster set up by multiple agencies and NGOs. “The problem is rain, the problem is water.”

In Port-au-Prince, transitional shelters can be set up more quickly, designed to withstand wind from a category 1 hurricane, the least-powerful tropical cyclone, Luege said. But rain from even the smallest hurricane would send torrents of stormwater off the city’s deforested hills to wash away tent communities.

By contrast, shelters going up in Jacmel and Leogane, two other devastated communities, are more durable — able to withstand a category 4 hurricane. But while officials report faster progress setting up transitional shelters in those cities, efforts to move the homeless to better housing in the capital is proving to be a greater challenge, they say.

“The problem in Port-au-Prince is the lack of space, it’s finding the land which the local authorities are able to give us,” said Doole, “so the process has taken much longer than all of us would wish.”

All told, the aid community’s shelter cluster says it plans to set up 135,000 transitional shelters over the coming months. Thus far 5,657 have been completed. More than 14,900 are now in Haiti awaiting construction, and 31,335 more are on their way, with materials being imported primarily from the United States, Canada, Dominican Republic and various ports in Latin America.

The U.S. National Oceanic and Atmospheric Administration (NOAA) predicts that ocean temperatures and currents will provide ideal conditions for North Atlantic and Caribbean hurricane formation this summer. The agency is predicting 14 to 23 “named storms” will form this year, with 8 to 14 likely to strengthen into hurricanes.

The wood- and steel-frame shelters are much more capable of standing up to wind and rain. But nevertheless the Haitian government and U.N. delegates on the ground are trying to come up with an emergency evacuation plan, though the storm season is well under way.

Work is ongoing to identify buildings that survived the earthquake and are large and strong enough to protect multiple numbers of vulnerable Haitians. The plan entails training volunteers living in the tent cities on how to coordinate evacuation to storm shelters in the event of an emergency. Homeless Haitians would be given time to disassemble their tents or makeshift shelters and wait out the storm with their belongings.

But Luege and others admit that so far they have not been able to find enough emergency shelters to house all of Port-au-Prince’s homeless population, let alone people in other affected areas.

“You should not be in most permanent houses you find in Haiti in case of a hurricane,” Luege said. “You need to be in an evacuation center, and there’s not enough of those. The preparation for a hurricane is not at the point where it should be.”

But preparations are ongoing nonetheless. Thousands are being put to work building drainage channels and flood walls around the capital, to slow floodwaters down. The World Food Programme says it is pre-positioning emergency food rations in 31 spots around the country, most in the quake zone.

Aid workers are also sounding the alarm on fresh water and sanitation. Though access to health care for many Haitians is arguably better than before the quake, not enough people have access to improved sanitation facilities, leaving the prospect for an outbreak of disease ever-present.

“The current situation is not sustainable,” IFRC warns in a new report. “The IFRC and other agencies providing water and sanitation services on behalf of the Haitian authorities are currently stretched beyond their capacity and mandate.”

Some progress is being made to help Haiti grow its own food, as well, though an estimated 4 million people are still almost completely dependent on food aid or food-for-work systems.

About 142,000 rural households have been given agriculture help, mostly seeds and fertilizers. The U.N. Food and Agriculture Organization (FAO) estimates more than 1,800 metric tons of rice, bean and corn seeds have been distributed. Farmers have also been handed 100,000 banana plants and 6 million roots and tubers for planting potatoes and other starch crops.

The tens of thousands displaced to the countryside have also provided something of a boost to Haiti’s degraded environment, with the unemployed put to work planting scores of trees as additional storm barriers. But rural NGO’s say the stress of the influx of new people in need is also beginning to take its toll.

“It’s been a boon and a challenge,” said Scott Sabin, director of Plant With Purpose, a California-based nonprofit with 13 years of experience working in rural Haiti.

Sabin’s organization has so far hired some 2,200 workers to plant more than 170,000 trees to protect communities. The extra available labor has allowed him to scale up Plant With Purpose’s operations, constructing more than 260 miles of soil erosion barriers to protect farmland from hurricanes and tropical storms.

Still, “it also means that same environment has to feed a lot more mouths and there’s a lot more pressure on it in terms of people and so forth.” Sabin said. He warns that large camps of displaced people are often hotbeds of environmental degradation to the surrounding area, primarily through exacerbated deforestation as the desperate seek out new building materials or charcoal for cooking.

And despite the United Nations’ desire to see the rurally displaced stay in the countryside to help build the economy there, Sabin warns that many are returning to the cities after failing to find any steady work.

The Haitian government puts the death toll of the Jan. 12 earthquake at 222,570, though experts say the exact figure will never be known. More than 300,000 were injured, and 1.5 million forced into some 1,300 makeshift tent and tarp settlements scattered throughout the affected areas. Up to 600,000 are living with host families. Total value of the damage is put at $7.8 billion, or 120 percent of that nation’s 2009 gross domestic product.

Around 300,000 homes were destroyed or damaged beyond repair. Construction of new permanent housing is not expected to commence until early summer of 2011 as efforts focus on transitional housing. Some 200 million metric tons of rubble still sit atop lots and even some roadways, and officials say they cannot move in to clear debris until they get a green light from property owners.

Though billions of dollars are being tossed at the recovery effort, officials insist they see no signs of corruption or graft at the moment, but admit worrying that instances will arise once the aid community gives way to the private sector as homes and government buildings are restored.

Nevertheless reports of land disputes are increasing as wealthy land owners demand high rents from the government to house their fellow citizens in temporary communities. Spotty or nonexistent land tenure records are also pitting neighbor against neighbor in disputes over who owns certain plots.

Violence over land seems to be on the rise. The Associated Press reports that powerful land owners are now organizing gangs to beat squatters off property they are claiming. Meanwhile the squatters are forming their own associations claiming rights to build on property they say is public, confident that the government and U.N. troops will back their claims.

Aid workers say no one should expect a quick recovery. Luege notes that in Banda Aceh, Indonesia — the city most devastated in the 2004 Indian Ocean tsunami — it took about one year to settle all the displaced into transitional shelters, but another five years to get houses rebuilt as the government and aid workers sorted through various land claims.

“It’s pretty obvious that this is going to take a long, long time,” Sabin said.