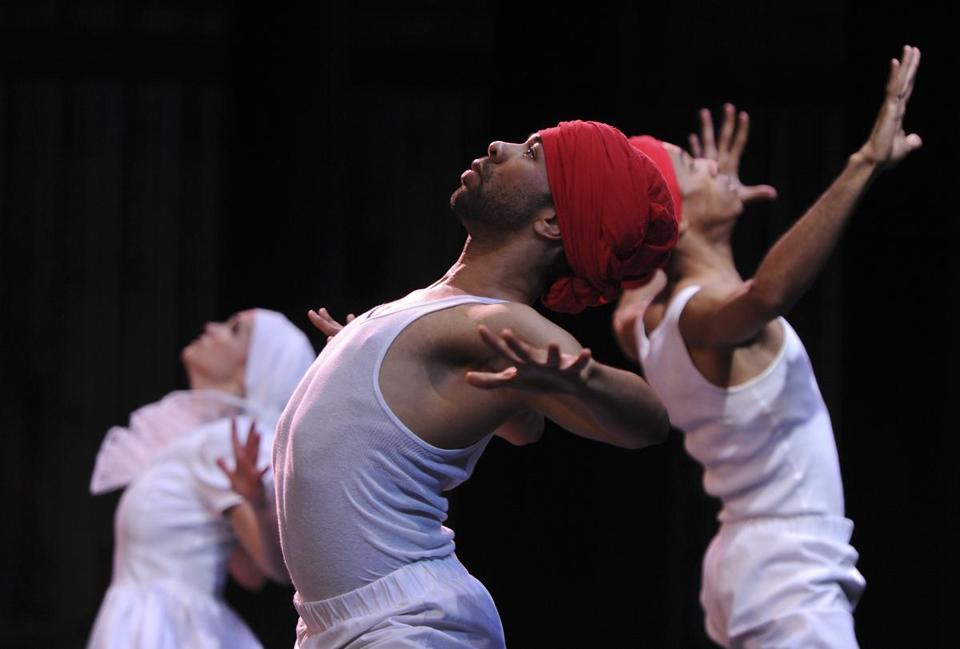 Growing up in a strict, middle-class family in Port-au-Prince, Haiti, Jean Appolon learned early that two things were forbidden to him: the spiritual beliefs of Vodou and the physical movement of dance.

To his parents, Vodou was a cult of the poor, practiced by relatives Appolon wasn’t allowed to see. He was taught to fear the sound of drums. He knew nothing of Vodou’s galvanizing role in Haiti’s independence from France, the only successful slave revolt in history. As for dancing, that was a pursuit reserved for girls and masisi — the Haitian Creole slur for gay men.

“I think I was 7 or 8, watching [African-American dancer] Lavinia Williams teach classes at Haiti’s National School of the Arts on television,” says Appolon, 37, founder and director of Jean Appolon Expressions dance company, which burst onto Boston’s arts scene in 2011. “I said, ‘Wow I want to do that.’ Then my father walked over to the TV and shut it off. He said, ‘No. This is not what I want you to be doing.’ ”

For Appolon, who teaches at Boston Ballet School and has toured with world-renowned companies, the taboos of his childhood now define his artistic mission: preserving Haiti’s cultural legacy through dance, and celebrating the connection between Haitian dance and the rites of Vodou ceremonies. 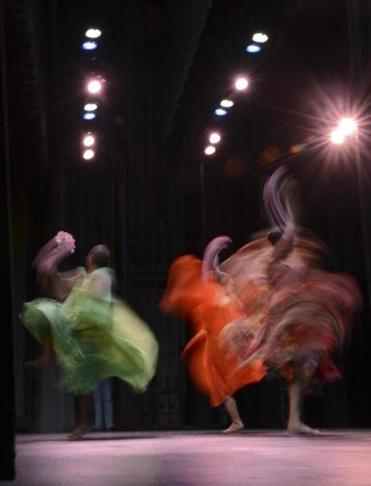 “What dance has really taught me is how rich we are as Haitians and as people of African descent, and the impact of the Afro-Haitian tradition for dance around the world,” says Appolon. “That’s something that makes me extremely proud, and I want to be the next generation to represent that.”

Appolon left Haiti for Boston in 1993 and later earned his degree at New York’s Joffrey Ballet School. His electric choreography, which combines modern technique and folkloric tradition, has drawn a diverse and growing audience to his company’s performances across New England. At The Dance Complex in Cambridge, his classes pack in crowds of 75 people or more spanning many ages, skill levels, and nationalities.

In Haiti, aspiring dancers with no access to training have been known to walk for hours to reach Appolon’s Summer Dance Institute, a competitive four-week program that offers free instruction and meals to 50 students each year.

The institute, now in its seventh year and set to launch this summer on July 1, took on a new urgency following 2010’s earthquake.

“The kids really connect to what we are doing,” says Appolon, who lost 16 relatives to the quake and whose dream is to have a permanent school in Haiti. “We’re connecting them to their own identity and history. But for kids who have lost family or friends, it became a place where they could transfer some of those feelings and use dance as a way to heal.”

Francie Latour writes about race and culture for the Globe, Essence, and The Root. She can be reached at franciewrites@gmail.com.