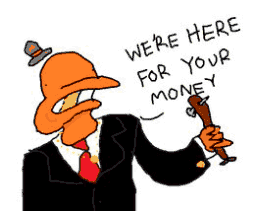 Monday at the close of the second legislative session, Simon Dieuseul Desras, President of the National Assembly delivered a speech before 16 senators and 72 deputies. That speech traditionally dedicated to the assessment of the session was quite a charge against the Government, aimed at highlight only the negative aspects [founded or unfounded] to try to make forget the almost non-existent record of this session. A speech-forum, pretext for Senator Desras to launch a call for a general mobilization against the Government Martelly-Lamothe…

Excerpts from the speech of the President of the National Assembly
“[…] The Haitian Parliament is shaken by the tremors of a crisis whose roots run along the inadequacy of the structures of a dependent state therefore unable to meet the requirements of national development. The achievements of recent decades, linked to the respect and enjoyment of human rights, are constantly threatened by the antics of a transition that is hindered recursively to the dikes of authoritarianism, arbitrariness, opacity, personalization of power and o willful refusal to submit to constitutional legality…

[…] At the national level, the country experiences a situation of exacerbations of the institutional crisis. The electoral law was tabled in Parliament in the proved to sharpen the contradictions between the executive and the parliamentary opposition. The Security Council UN applauds the progress of the power in place, that progress, yet escape the most analysts warned and are not repercuted in any sector of the socio-economic life. This subterfuge amplifies the unrest between the public opinion and supervisory institutions while the opposition struggles against the anti-democratic project of the President of the Republic.

The meeting of Ministers of Petrocaribe in Port-au-Prince exposes the disinterest of the Government for agricultural production, a sure way of reimbursement nature of the oil debt of Haiti… Loads that electrify the national scene and the prolegomena we are witnessing leads […] to the the imminent outbreak of the crisis, maturing since the coming to power of President Martelly.

[…] The socio-economic framework is animated by sectors potentially generating of a set of activities likely to fuel the talk of the start of construction of the country in the areas of reconstruction, Investment and Agricultural Production…

[…] The Government Martelly / Lamothe has demonstrated its inability to comply with the Constitution, to respect the mandates of elected officials, to honor the elections, to ensure continued operation of republican institutions.

We launch an appeal to the fighters for democracy for they wake up to the democratic modernity the nostalgic of the dictatorship.

We invite the Parliamentarians of the 49th Legislature to constitute in monolith to defend the Legislature.

We call the Sovereign People to the mobilization to defeat the authoritarian project and personal of the President of the Republic.

Parliament is really the biggest threat to Democracy in Haiti.

The Senate has a number of gangs and the Chamber of Deputies has at least 5. If you want these so-called elected representatives to vote on anything, the must be paid.

In any other country they would all be in jail.

Unfortunately, the all have immunity from prosecution for any and all crimes.

We have sitting members who are murderers, rapists, thieves, cocaine traffickers – some fall under all of these categories –and more.

1 thought on “CRIMINAL SENATOR DESRAS – The President of the National Assembly, appeal for the population mobilization”