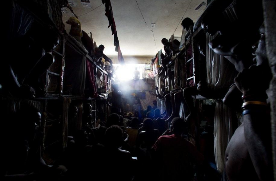 According to the data of the Directorate of Prison Administration (February 2018), on average 74% of prisoners (82% men and women and 95% of girls) are detained without having been tried, average length of pretrial detention was 3 years in 2016.

However, the Haitian law of May 6, 1927 sets a faster procedure in cases of flagrante delicto in the criminal courts. It is the replica of a Napoleonic law of the nineteenth century in France that aimed to put an end to the recurrent problem of preventive detention in French prisons at the time. However, although the major penal reforms in France in 1958 could put an end to this law, it remains alive in the Haitian legal corpus and corresponds to the need to reduce the lengthy pre-trial detention in Haitian prisons. But in practice, the Tribunal still has many difficulties in implementing it, taking into account the heaviness, the structural limits and the infrastructure of the judicial system in Haiti.

Consisting of 5 articles, article 1 of this law stipulates “In the case of flagrante delicto, when the fact carries a correctional sentence, the agents of the Urban or Rural Police will hand the accused immediately to the Judge of Peace with a report indicating the nature, the circumstances of time and place of the offense, as well as the names of the witnesses, evidence or clues they may have collected. The Justice of the Peace shall promptly forward the charge to the Government Commissioner who will question and if necessary will forward it to Tribunal.”

Its strict application would be a real revolution in our jurisdictions because it allows in one day to go through all stages of the procedure, in correctional matters, from arrest to conviction or release. It would also make it possible to regulate the functioning of the jurisdiction and to put an end to the backlog of cases which constitute the lot of the prolonged preventive detention. If we respected the deadlines set by law, there would not be so many preventive detentions, says the former Substitute to the Commissioner of the Government Me Paul Éronce Villard in office at the United Nations since 2016 (graduated from the National School of the Judiciary in France and laureate of the fourth class of the School of the Judiciary Haitian and member of the Bar from Port-au-Prince). 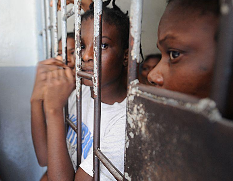