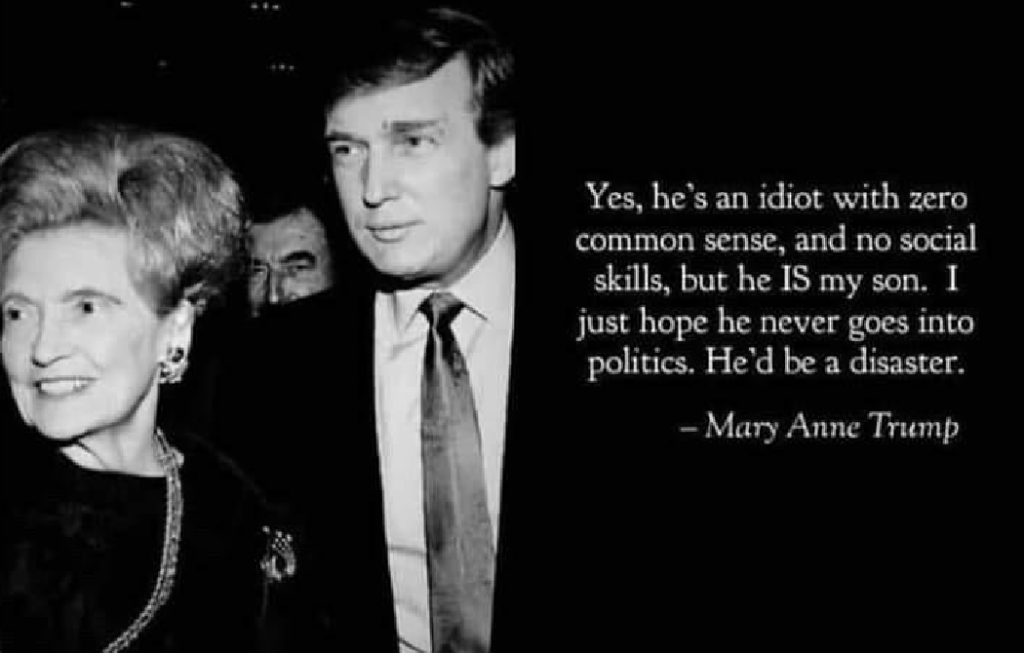 US President Donald Trump has been lambasted by the medical community after suggesting research into whether coronavirus might be treated by injecting disinfectant into the body.

He also appeared to propose irradiating patients’ bodies with UV light, an idea dismissed by a doctor at the briefing.

Another of his officials had moments earlier said sunlight and disinfectant were known to kill the infection.

Disinfectants are hazardous substances and can be poisonous if ingested.

Even external exposure can be dangerous to the skin, eyes and respiratory system.

What did President Trump say?

During Thursday’s White House coronavirus task force briefing, an official presented the results of US government research that indicated coronavirus appeared to weaken more quickly when exposed to sunlight and heat.

The study also showed bleach could kill the virus in saliva or respiratory fluids within five minutes and isopropyl alcohol could kill it even more quickly.

William Bryan, acting head of the US Department of Homeland Security’s Science and Technology Directorate, outlined the findings at the news conference.

While noting the research should be treated with caution, Mr Trump suggested further research in that area.

“So, supposing we hit the body with a tremendous – whether it’s ultraviolet or just very powerful light,” the president said, turning to Dr Deborah Birx, the White House coronavirus response co-ordinator, “and I think you said that hasn’t been checked but you’re going to test it.

“And then I said, supposing you brought the light inside of the body, which you can do either through the skin or in some other way. And I think you said you’re going to test that too. Sounds interesting,” the president continued.

“And then I see the disinfectant where it knocks it out in a minute. One minute. And is there a way we can do something like that, by injection inside or almost a cleaning?

“So it’d be interesting to check that.”

Pointing to his head, Mr Trump went on: “I’m not a doctor. But I’m, like, a person that has a good you-know-what.”

He turned again to Dr Birx and asked if she had ever heard of using “the heat and the light” to treat coronavirus.

“Not as a treatment,” Dr Birx said. “I mean, certainly, fever is a good thing. When you have a fever, it helps your body respond. But I’ve not seen heat or light.”

“I think it’s a great thing to look at,” Mr Trump said. 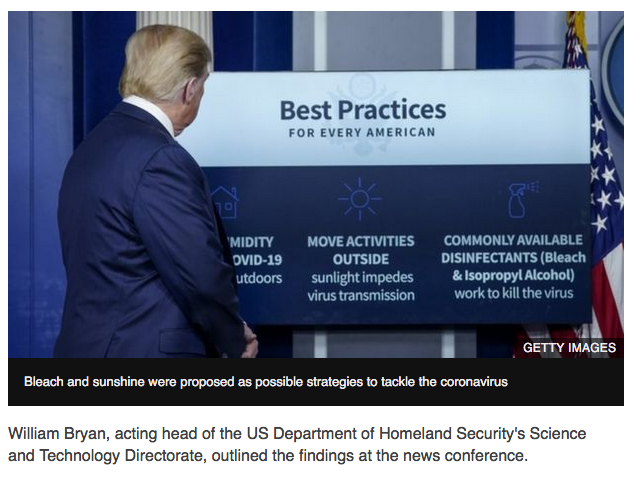 Disinfectants don’t work inside the body

Using a disinfectant can kill viruses on surfaces. It’s a very good idea to keep clean the things you touch, using products with anti-microbial properties – for example, substances with a high alcohol content.

There is also some evidence that, in general, viruses on surfaces die more quickly when directly exposed to sunlight. But we don’t know how much or how long they have to be exposed for UV light to have an effect, so you’re far safer just washing your hands and surfaces and trying not to touch your face.

Crucially, this is only about infected objects and surfaces – not about what happens once the virus is inside your body.

One of the main ways of catching the virus is by breathing in droplets expelled by an infected person, mainly by sneezing and coughing. The virus very quickly begins to multiply and spread, eventually reaching the lungs.

Not only does consuming or injecting disinfectant risk poisoning and death, it’s not even likely to be effective.

Equally, by the time the virus has taken hold inside your body, no amount of UV light on your skin is going to make a difference.

And since UV radiation damages the skin, using it to kill the virus could be a case of – to borrow a well-worn phrase – the cure being worse than the disease. 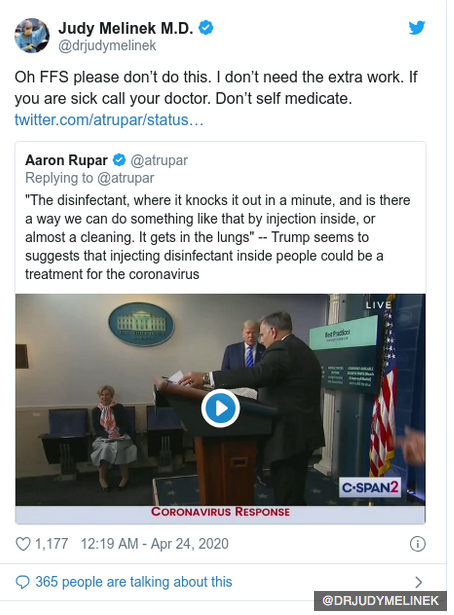 What’s the reaction been to Trump’s comments?

Doctors warned the president’s idea could have fatal results.

Pulmonologist Dr Vin Gupta told NBC News: “This notion of injecting or ingesting any type of cleansing product into the body is irresponsible and it’s dangerous.

“It’s a common method that people utilise when they want to kill themselves.”

Kashif Mahmood, a doctor in Charleston, West Virginia, tweeted: “As a physician, I can’t recommend injecting disinfectant into the lungs or using UV radiation inside the body to treat Covid-19.

John Balmes, a pulmonologist at Zuckerberg San Francisco General Hospital, warned that even breathing fumes from bleach could cause severe health problems.

He told Bloomberg News: “Inhaling chlorine bleach would be absolutely the worst thing for the lungs. The airway and lungs are not made to be exposed to even an aerosol of disinfectant.

“Not even a low dilution of bleach or isopropyl alcohol is safe. It’s a totally ridiculous concept.”

Mr Trump has previously hyped a malaria medication, hydroxycloroquine, as a possible treatment for coronavirus, though he has stopped touting that drug recently.

What’s the US government’s advice? 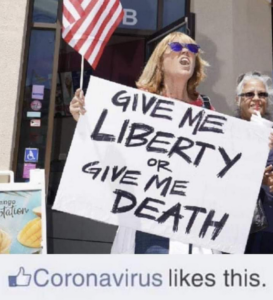 Only this week, the US Centers for Disease Control and Prevention warned Americans to be careful with cleaning products as sales of household disinfectants soar amid the pandemic.

“Calls to poison centres increased sharply at the beginning of March 2020 for exposures to both cleaners and disinfectants,” found the agency’s weekly morbidity and mortality report.

The US Food and Drug Administration has warned against ingesting disinfectants, citing the sale of bogus miracle cures that contain bleach and purport to treat everything from autism to Aids and hepatitis.

The agency’s website says: “The FDA has received reports of consumers who have suffered from severe vomiting, severe diarrhoea, life-threatening low blood pressure caused by dehydration, and acute liver failure after drinking these products.”

Last week a federal judge secured a temporary injunction against one organisation, known as the Genesis II Church of Health and Healing, for marketing a product equivalent to industrial bleach as a remedy for coronavirus.