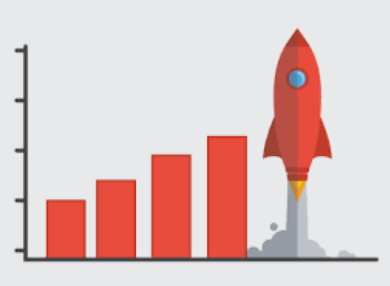 (CNN)New cases of the novel coronavirus are rising faster than ever worldwide, at a rate of more than 100,000 a day over a seven-day average.

In April, new cases never topped 100,000 in one day, but since May 21, there have only been less than 100,000 on five days, according to data from Johns Hopkins University. Newly reported cases reached a high of 130,400 on June 3.
The increase in case rates may be partially explained by increases in testing capacity, but there’s still not enough testing to capture an accurate picture in many countries. 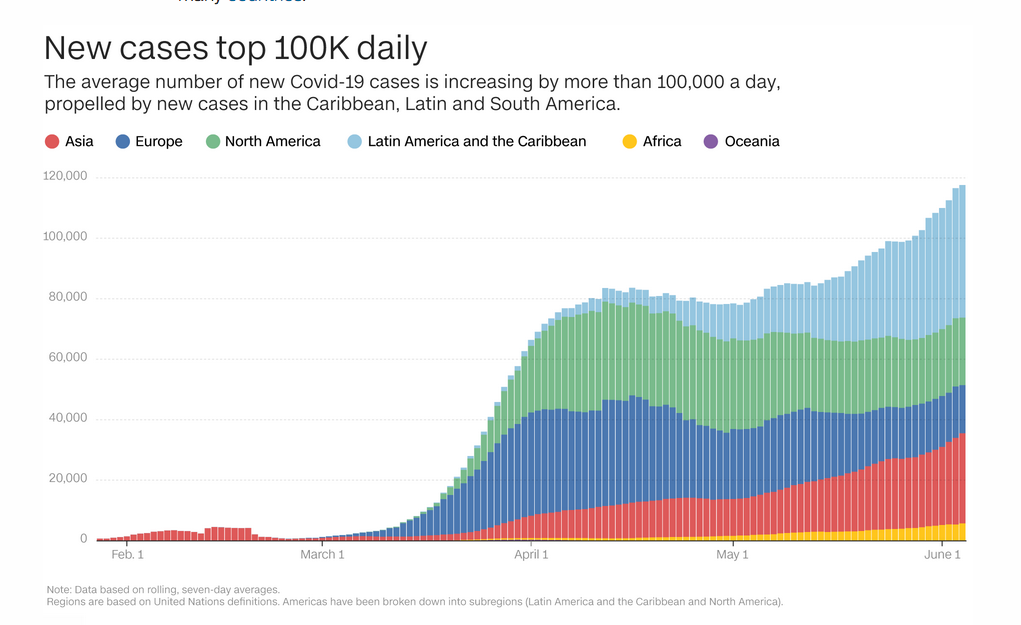 Different nations’ epidemics have followed different trajectories. The number of new cases has slowed in many of the countries that were hit hard earlier on in the pandemic, including China, the US, UK, Italy, Spain and France.
But many countries, particularly in South America, the Middle East and Africa, the rate of transmission still appears to be accelerating, according to a CNN analysis of Johns Hopkins University data.
In Libya, Iraq, Uganda, Mozambique and Haiti, the data shows the number of known cases is doubling every week. In Brazil, India, Chile, Colombia and South Africa, cases are doubling every two weeks.
“The Americas continues to account for the most cases. For several weeks, the number of cases reported each day in the Americas has been more than the rest of the world put together,” said World Health Organization Director-General Tedros Adhanom Ghebreyesus on Wednesday.
“We are especially worried about Central and South America, where many countries are witnessing accelerating epidemics.”
Dr. Mike Ryan, WHO executive director of Health Emergencies Program, said he did not think Central and South America had reached their peak in transmission.
The share of global deaths is also still rising in South America and the Caribbean.
Brazil recorded more than 30,000 new cases on Thursday, bringing it to almost 615,000 in total, along with 1,473 new deaths, taking its total fatalities to more than 34,000.
Its case numbers are second only to the US, where just under 1.9 million cases have been reported and 108,211 deaths. At its peak, the US was seeing an increase of more than 30,000 new cases a day; as of Friday it was registering about 21,000 news cases and 942 daily death per day over a seven-day average.
A number of countries that passed their initial peak — such as South Korea, Germany and China — have since seen new clusters of infections after restrictions on movement were eased, raising fears of a second wave.
Authorities in 214 countries and territories have reported about 6.6 million Covid-19 cases and 391,000 deaths since China reported its first cases to the WHO in December.
The true toll of the virus is likely to be worse than the numbers show, as mild or asymptomatic infections often go undiagnosed.