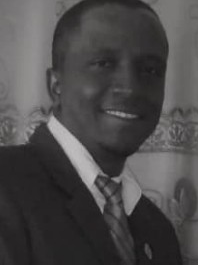 Wednesday afternoon, Christophe Aristide Junior, Administrator of Communal Section (ASEC) of Grand Ravine, who had gone to the Procuratorate of Port-au-Prince to support people in his area illegally arrested, was hit bt a bullet the head when leaving the Procuratorate.

The incident occurred while in the area of ​​the Bicentennial (Boulevard Harry Truman) a high-tension situation where individuals armed of the Gang “Ti Je” tried to break into the courthouse, to try to exfiltrate Emmanuel Ulysses aka “Bawon” the number 2 of the Head of Gang “Ti Je”, who was auditioned at the Public Prosecutor’s Office.

An attempt that failed thanks to the agents of the National Police of Haiti (PNH) who courageously and firmly opposed this attempt.

Reacting to this sudden death, of Christophe Aristide Junior, collateral victim of growing insecurity in the capital, the Administration Communale of Port-au-Prince in a note “address his most sincere condolences to the relatives of Mr. Christophe Aristide Junior. It takes this opportunity to firmly condemn this criminal act which, once again, tarnishes the image and fundamental values ​​of our society where respect for human life should be the norm.

The Communal Administration of Port-au-Prince renews its confidence in the National Police of Haiti, guaranteeing the safety of lives and property, to restore a safer environment and reduce crime on the national territory.”

Sad loss of a life.

However, if 20 people attacked the court, there should be 20 people with bullet holes in them. This impunity with regard to lack of respect for law-and-order can only be cured with direct action. Otherwise we continue down the slippery slope to complete failure.

Time to change our socks.

Time to change our PNH Chief. Gedeon must go. He is a part of the problem. With him in place there will be no solution.