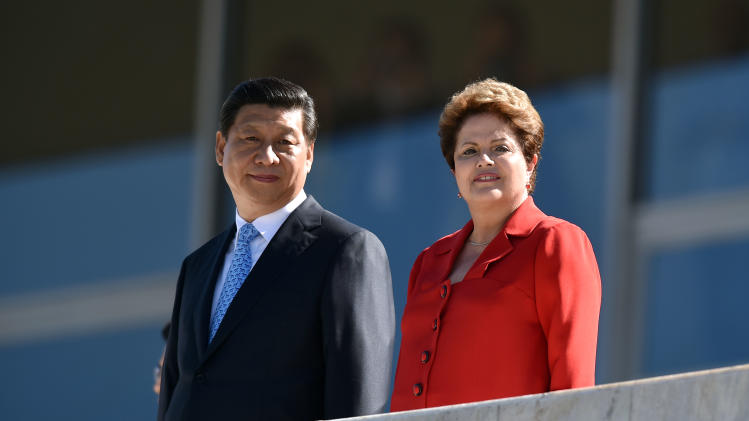 President Xi Jinping was greeted with a military honor guard in Brasilia by President Dilma Rousseff before overseeing the signing of a raft of agreements during a state visit.

After the summit, Rousseff said China proposed the creation of a $20 billion fund to finance infrastructure projects in Latin America and the Caribbean.

He also offered a credit line of up to $10 billion to nations of the Community of Latin American and Caribbean States (CELAC).

In addition, a Chinese-Latin American cooperation fund of $5 billion would be set up for investments. 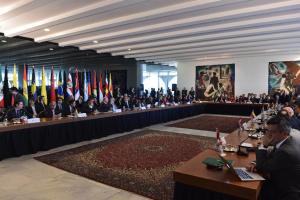 Earlier, Rousseff and Xi oversaw the signing of several agreements between the two emerging powers.

The two countries also reached agreements to cooperate in railway projects and shipping that could facilitate Brazilian exports to resource-hungry China.

The Asian giant’s import-export bank will loan $5 billion over three years to Brazilian mining powerhouse Vale so that the company, which ships iron ore to China, can buy or rent vessels. 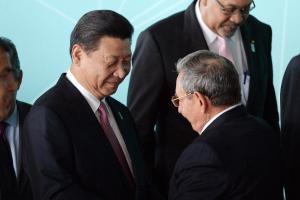 “Our relations, which represent a truly strategic partnership, are developing at an unprecedented speed in diverse areas of cooperation,” Rousseff said.

Xi said China aims to “strengthen our strategy to create an even more prosperous future for our nations.” 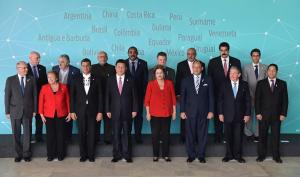 Xi arrived in Brazil this week for a summit of the BRICS group of emerging powers — Brazil, Russia, India, China and South Africa — and South American presidents.

The visit is Xi’s second to Latin America since taking office last year, when he toured Mexico, Costa Rica and Trinidad and Tobago.

This week, the BRICS agreed to launch a New Development Bank to fund infrastructure projects in developing nations and an emergency reserve, drawing praise from Latin American presidents who see them as alternatives to Western-dominated financial institutions.

“We welcome this commitment to a new international order that is just and equitable,” Castro said in written remarks.

Venezuela’s leftist President Nicolas Maduro hailed the “relations of mutual respect between a world giant like China and Latin America.”

With the visit, Xi is presenting China as an alternative to the United States in the region, analysts say.

“China is an option that matches with the leftist political sympathy that it has with some countries in the region,” said Rubens Figueiredo, foreign relations professor at Sao Paulo University.

China’s massive purchases of commodities and exports of manufactured goods to the region have boosted its two-way trade with Latin America to a total of $261.6 billion last year, according to official figures.

After Brazil, Xi will head to Argentina, a key source of soybeans for China, before visiting oil-supplier Venezuela and communist ally Cuba.

Despite China’s growing investments in the region, it will be hard for Beijing to dislodge the United States in Latin America, said Yun Sun, East Asia expert at the Washington-based Stimson Center think-tank.

“US-Latin America long-standing, traditional ties will not be easily affected by the Chinese political and economic engagements, which are more recent and less comprehensive than US-Latin American relations,” she told AFP.

At one stage, when Leslie Pean was trying to sell a 50% share in Franck Cine’s HAITIEL to communist China for $200,000,000 he also tried to broker a deal with Aristide to betray Taiwan, cancel recognition, and receive a huge payout from the Chinese government.

Leslie Pean would sell out and betray anyone.

The story is told of the time when he blocked Franck Cean’s membership on the SOCABANK board, as Chairman – since Cine had funded SOCABANK – because Cine was reputed to be a drug dealer. No problems here since Pean stole $60,000,000 from the World Bank.

Birds of a feather.