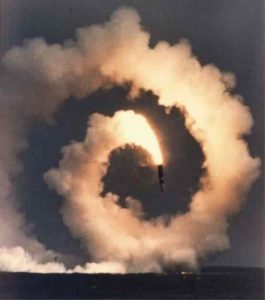 PORT-AU-PRINCE, Haiti — The cholera strain in Haiti is evolving, researchers reported Thursday, a sign that it may be taking deeper root in the nation less than two years after it appeared and killed thousands of people.

The study released by the U.S. Centers for Disease Control and Prevention indicates that the bacterium is changing as survivors acquire at least some immunity to the original bug, which apparently was imported from Nepal.

Cholera experts also say such a development is expected and has happened in cholera epidemics around the world.

“This suggests that the ongoing epidemic in Haiti might be entering its next phase, since we see these shifts where cholera is endemic,” said Dr. Edward T. Ryan, an infectious disease specialist with Massachusetts General Hospital who was not involved with the study.

The change also means it could be easier for Haitians to fall ill a second time to the new cholera version because they don’t have full immunity to it if they don’t take precautions such as washing their hands or chlorinating water.

In a field study published in the CDC’s Morbidity and Mortality Weekly Report, co-authors Joan M. Brunkard and Deborah F. Talkington say researchers at the National Public Health Laboratory found that two isolates of the cholera strain collected on March 12 and 13 in Haiti’s Artibonite region differed from the Ogawa version found in Haiti when the disease was discovered in October 2010.

The CDC, the new study says, later confirmed that the isolates belonged to the Inaba serotype, the other major version of the cholera strain.

There is little or no difference in the severity or duration of the disease caused by the two versions, the report added.

Health officials have been paying especially close attention to cholera infection rates in Haiti as it heads into the rainy season, when conditions are ripe for the spread of the waterborne disease because of a paltry sewage and sanitation system.

So far, there has been evidence of a small jump in the number of reported cases, but nothing compared to the threefold spike seen at the same time a year ago.

Still, the Pan American Health Organization warns that between 200,000 and 250,000 people could contract the disease this year, many of them during the rainy and the hurricane season that peaks in late summer and early autumn.

Haiti currently has the highest number of cholera cases in the world. Health officials say the disease has sickened more than 534,000 people, or five percent of the population, and killed 7,000 others since United Nations’ peacekeepers from Nepal, according to scientific studies, were blamed for introducing the disease to the Caribbean nation in October 2010. But the infection rate is believed to be much higher because not all cases are reported.

In an effort to stem the spread of the disease, the Boston-based Partners in Health and its partner, the Gheskio Center, have launched a campaign to vaccinate 100,000 Haitians, or 1 percent of the national population, in a neighborhood in Port-au-Prince and in a rural area north of the capital.

“The good news is that the cholera vaccine that has been piloted in Haiti provides protection to both versions of the organism,” Ryan said.

The Connecticut-based health group AmeriCares announced this week that it is delivering more than 100,000 liters of intravenous solutions to cholera patients in Haiti. The group says the shipment contains enough IV fluids to treat at least 17,000 people.