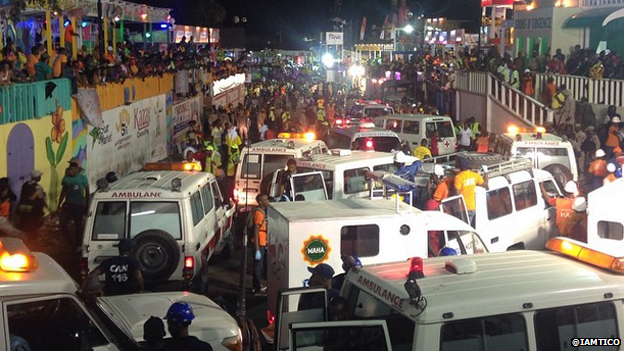 Feb 17 (Reuters) – At least 18 people were killed and 60 injured early on Tuesday when a carnival float hit power lines in Haiti’s capital Port-au-Prince on the second day of the annual festival, officials said.

The float caught fire after it hit a high-voltage overhead power cable, witnesses said. Video of the incident appeared to show the electric cable catch the head of a singer from hip-hop band Barikad Crew near the presidential stand packed with spectators. Seven people were reported dead on the float, and others were killed in the ensuing panic. The singer, known as Fantom, was among the injured, according to a friend.

President Michel Martelly expressed his “sincerest sympathies” to the victims in a Twitter message while his wife visited hospitals treating the injured.

The U.S. embassy in Haiti issued a pre-carnival message it which it warned “Carnival can be a fun, yet potentially unsafe, place for revelers,” highlighting the threat of strong-arm robberies, assaults, and pick-pocketing. (Reporting by Amelie Baron. Writing by David Adams; Editing by Janet Lawrence, Lisa Von Ahn and Chizu Nomiyama) 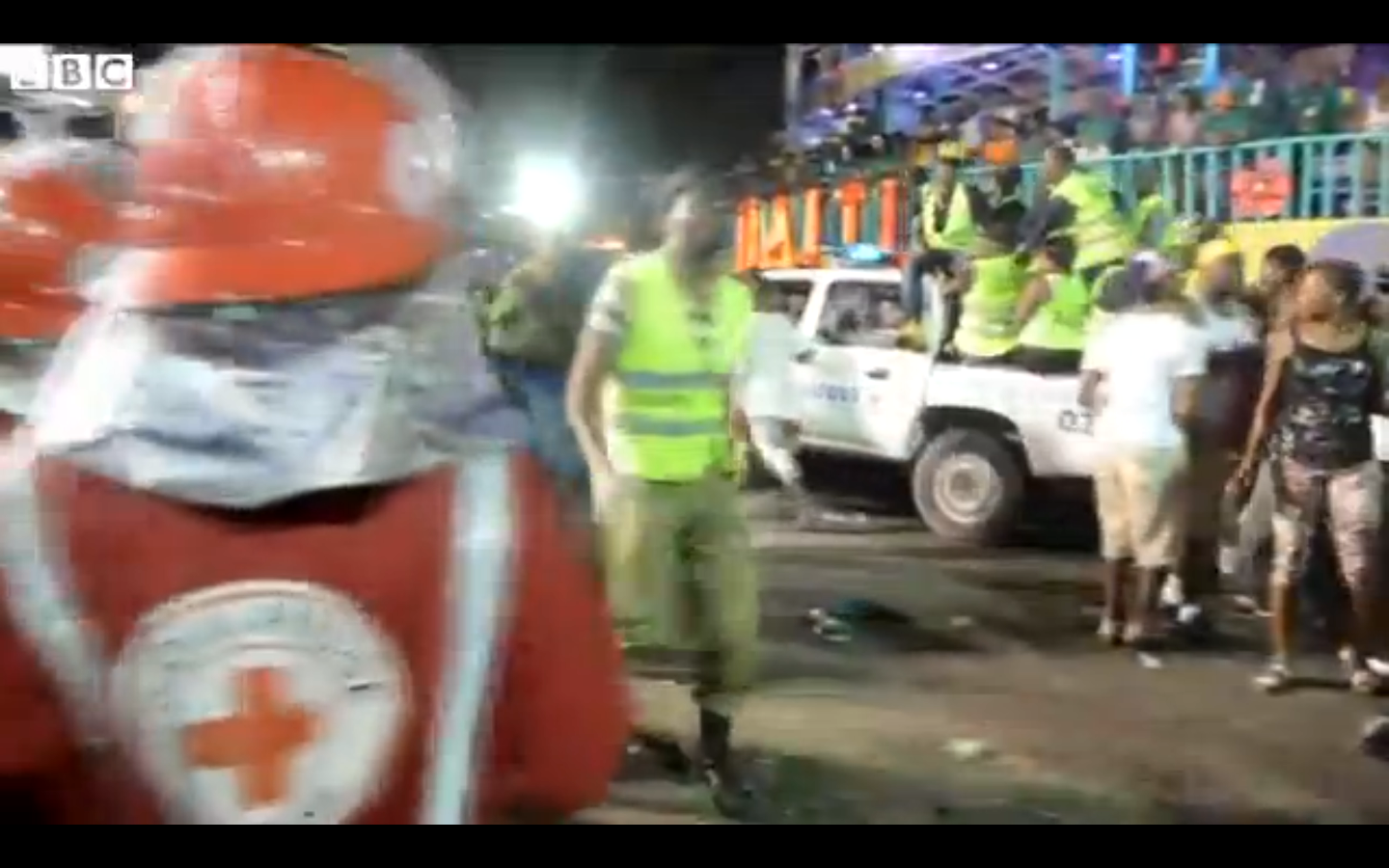 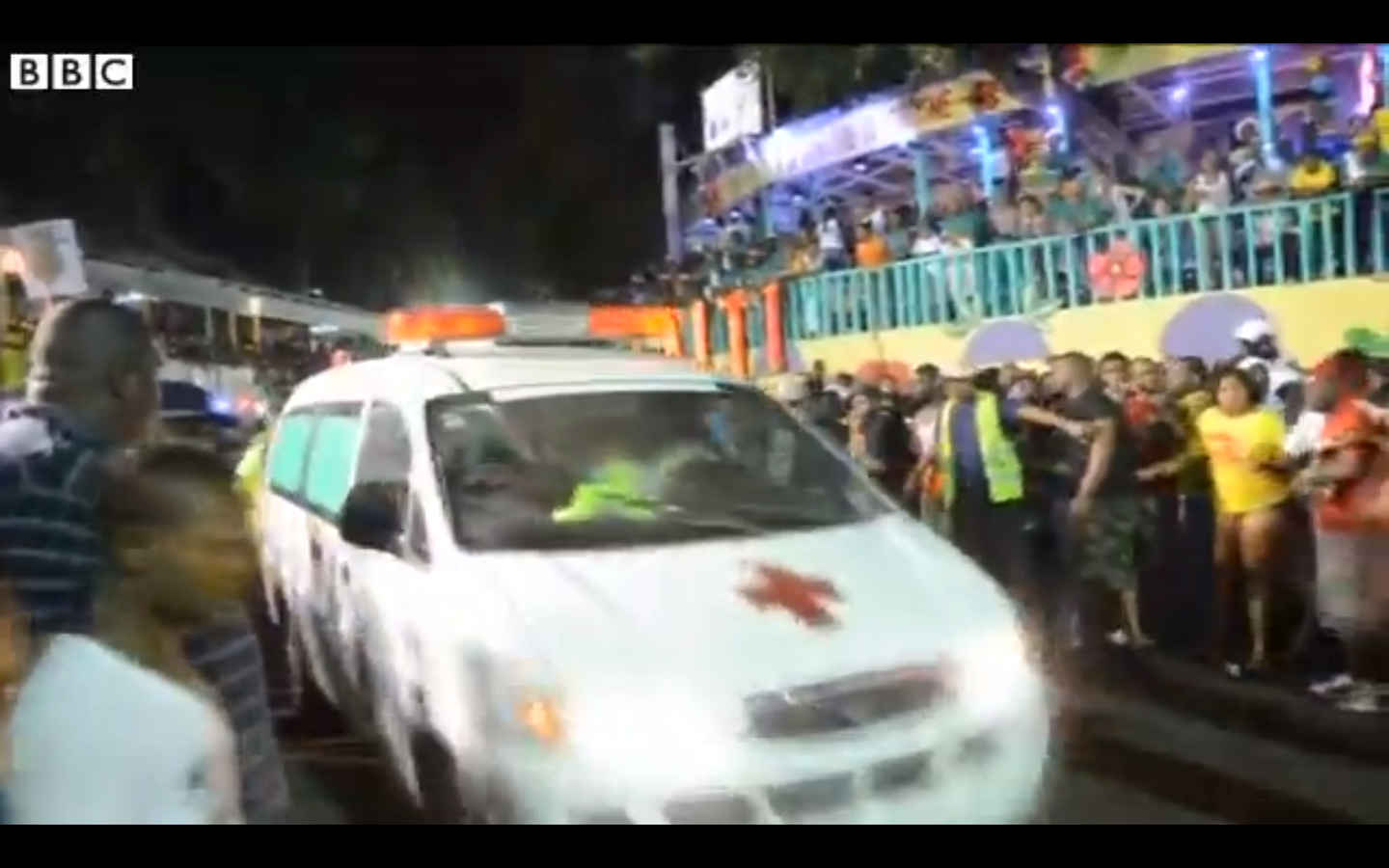