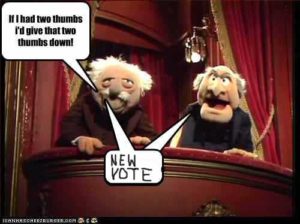 PORT-AU-PRINCE, Haiti –  Two top candidates in Haiti’s disputed presidential election are rejecting a proposed re-count, threatening to torpedo a compromise aimed at quelling days of riots and violence over allegations the vote was rigged, their campaigns said Saturday.

The snub by No. 1 finisher Mirlande Manigat and by third-place Michel Martelly leaves the impoverished nation dangerously volatile, with much of the population rejecting the officially announced outcome of the Nov. 28 election and many willing to protest with violence.

Only the ruling party candidate, Jude Celestin, supports the electoral council’s offer to retabulate tally sheets from thousands of polling stations around the Caribbean nation.

Blockades and rock-throwing continued in a few areas, but violence had largely subsided in most parts of the capital by Saturday and many people rushed to reopened markets to stock up on food, water, fuel and other supplies in fear that more protests could erupt again.

Former Alaska Gov. Sarah Palin, a potential U.S. presidential candidate, shrugged off a U.S. travel warning and arrived in the Haitian capital on Saturday, accompanying evangelist Franklin Graham on a visit expected to include cholera-treatment centers and other projects undertaken by his charity group.

Manigat, a law professor and former first lady, had 31 percent of the vote in the official preliminary count and is all but guaranteed a spot in a Jan. 16 runoff between the top two finishers.

She rejected the re-count because the electoral council failed to propose clear procedures or a timetable, her campaign said in a statement issued Friday. She said she was open to other initiatives to settle the crisis.

Martelly finished a few thousand votes behind Celestin and would be eliminated from a runoff if the current results stand. His supporters have led many of the protests that paralyzed the capital for most of the week and he joined many of the other 18 candidates in denouncing the election as rigged well before the polls closed.

“We cannot accept a re-count by the very same group that manipulated the elections in the first place,” Martelly told The Associated Press on Saturday. He said a fair count would show that he placed first.

Celestin’s campaign also claims the result was botched — saying he finished first rather than second. Sen. Joseph Lambert, who heads his campaign, told AP on Saturday that they “accept the recount process (to ensure) the transparency of the system.”

Everyone agrees the election had widespread problems, taking place in a nation suffered from disorganization even before a January earthquake threw a million people into the streets and a deadly cholera epidemic began sweeping across the countryside.

Thousands of voters did not get ID cards in time for the election, could not find their names on incomplete voting lists still swollen with people who had died in the quake or were turned away inexplicably by poll workers. Official monitors reported killings, voter intimidation and ballot-box stuffing.

The U.S. State Department expressed concern that the results did not match pre-vote polling, which showed Celestin, the favorite of outgoing President Rene Preval, en route to elimination.

The United Nations, Organization of American States and Caribbean Community also acknowledged problems but said they should not invalidate the election.

U.S. Sen. Patrick Leahy, chairman of a Senate subcommittee that oversees appropriations for Haiti, said Friday said that President Barack Obama’s administration should withhold funding to Haiti’s government until the problem of the flawed election is resolved.

As soon as the results were announced Tuesday night, Martelly’s supporters barricaded the streets of the capital, throwing rocks and robbing passers-by. Gunshots rang through the night. Protests spread to every major city in the country, fueled by widespread disaffection with Preval, and there were days of clashes with U.N. peacekeepers and police.

On Thursday, a group of men — some wearing Celestin shirts — shot and killed people in a shantytown beside the crumbled national palace.

Celestin and Martelly both called for peaceful demonstrations. But Martelly warned of violent infiltrators and Celestin’s Unity party has suggested it may have supporters it cannot control.