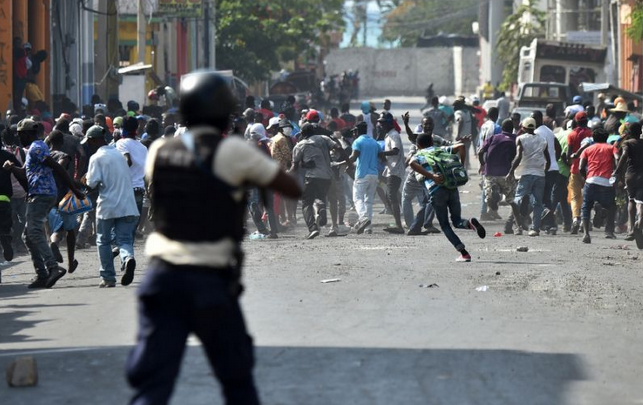 “Due to the current volatility, the Port-au-Prince embassy is closed today and we will continue to assess the situation in the coming days to ensure that our diplomats and their families are safe,” Canada’s foreign ministry said in a statement.

Clashes between police and protesters left at least one dead on Wednesday in Port-au-Prince, bringing to at least seven the number of people killed since protests began a week earlier.

The protesters, angry about skyrocketing inflation and the alleged theft of nearly $2 billion in Venezuelan oil relief to the island, are demanding Moise’s resignation.

Gun violence and blocked roads prevented about 100 Canadian tourists staying at the all-inclusive Royal Decameron Indigo Beach resort to get to the airport on Sunday.

“At present, it is not safe to organize a trip to the airport, so for the moment our customers are at the hotel, they are perfectly safe,” said Christophe Hennebelle, vice president of tour operator Transat.

“We are in constant contact with the Canadian embassy in Haiti and with the government authorities to assess the situation,” he said, adding that he hoped that “in the coming days” the Canadians would be repatriated. An airplane remains on standby in Canada to go pick them up.

Ottawa, meanwhile, is urging Canadians to avoid all non-essential travel to Haiti.