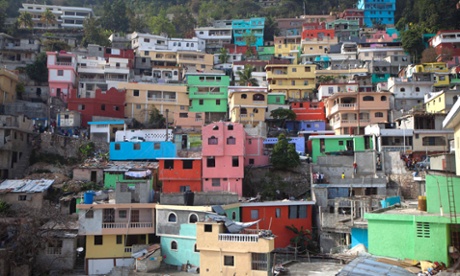 As companies such as Eileen Fisher, H&M and Marks & Spencer increasingly tap into the concept of “upcycling” – the idea of turning discarded or worn clothing into new, more valuable garments to deal with end-of-life clothing waste – unlikely countries could stand to benefit. Consider, for instance, Haiti.

Apparel manufacturing has traditionally been Haiti’s biggest industry. Tailors and seamstresses historically sewed garments exclusively for the local market, and secondhand clothes – initially known as “Kennedy,” after President John F Kennedy, who spearheaded the donations as a form of aid – started entering the country in the 1960s and 1970s.

In an era of fast fashion, or mass-produced, budget-priced, disposable clothing, textile waste has continued to grow. New York City residents throw away approximately 200,000 tons of clothing, shoes, handbags, belts, and other textiles and apparel annually. US households now generate an average of 82 pounds of textile waste per year. And the Guardian recently reported that European Union consumers collectively send 5.8m tons of textiles to landfill every year, with the UK alone responsible for 350,000 tonnes of that total.

Some of these unwanted textiles, which make their way to Haiti, have fueled the “pépé” – or secondhand – markets that have grown to dominate the country’s textile industry, shrinking the market for locally made clothing.

Now Tasha Lewis, an assistant professor in the fiber science and apparel design department at Cornell University, is helping Haitians make an entrepreneurial, as well as environmental, shift to upcycling. She thinks Haitian entrepreneurs are well-positioned to tap the growing North American market for upcycled apparel. That could simultaneously offer part of the solution to our increasing worldwide waste stream, reducing textile waste by turning it into higher-value clothing, and revitalize the country’s once-thriving tailor and seamstress trade.

“The export of refashioned second hand clothing to the US market from Haiti is actually permissible under our import rules since the garments are still wearable,” Lewis said, adding that because Haiti doesn’t manufacture textiles in Haiti, the re-use of secondhand clothing could provide an inexpensive local fabric resource.

Lewis says that Haitians also look at waste differently than Americans. “I think they recycle more because they must extend the life of products due to lack of supply of new products,” she said. “There is just very little waste in poorer countries for things that still have some value.”

One specific effort comes from Local Buttons, a Canadian fashion company that hand-picks all of its materials from secondhand markets in Port-au-Prince, then works with skilled Haitian tailors – paying fair wages – to create modern fashions.

The company and its Haitian factory plans to explore how to best use recycled materials for different parts of garments and how to minimize waste of recyclable textiles. It hopes to create a blueprint that large companies could use as a map for creatively using textile waste.

Pringle’s company Local Buttons and its Haitian production facilities will explore the optimal usage of recycled materials for different parts of garments and in minimizing wastage of recyclable textile materials. It hopes to come up with a blueprint that could help large companies use textile waste in creative ways.

Both Lewis and Anne Pringle, co-founder of Local Buttons, are collaborating with the EPA and Cornell to develop a “redesign matrix” and a “biodegradable/recyclable fabric matrix”.

“Right now, the role of developing or third world countries seems to be on providing cheap labour, but we are slowly seeing that shift as both workers and consumers are demanding for change,” Pringle said. “Third world countries are so tightly linked to the fashion industry that I see them playing a pivotal role for years to come.”

Big companies are involved as well, with companies such as Eileen Fisher, H&M and Marks & Spencer engaging in worthy end-of-life initiatives, Lewis said. She pointed to the comprehensive overhaul of Marks & Spencer’s supply chain, which she called a model for other companies, and the “shwopping” program in partnership with Oxfam, which helps control what products get donated and also quantifies the benefits for donors.

But these initiatives face challenges, too. On the Oxfam partnership, for instance, Lewis cautioned: “Since this is still a re-distribution of secondhand clothing to global markets, the clothing could still end up being discarded into a landfill, just in another country, instead of being upcycled by Marks & Spencer.”

Reducing textile waste, of course, is a key part of the answer. But if it can expand beyond small companies such as Local Buttons to larger clothing manufacturers, upcycling could also have a significant impact – both on the environment, by reducing textile waste in landfills and cutting the raw materials used to create new clothing, and on the economies of countries such as Haiti.

“There are a number of techniques for upcycling waste, whether its pre- or post-consumer, and as many solutions to the creative challenge of scaling production,” she said.

“I strongly believe that this is a massive opportunity for a big brand to partner with a designer to re-conceive and reuse their waste. The bigger the manufacturer or brand, the more waste they have; therefore, the more opportunity they have to take it to scale. In the future, this will just be part of the design process.”