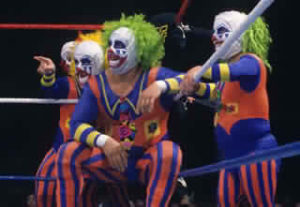 MONTEVIDEO, Uruguay (AP) — Brazil’s defense minister called Thursday for a 15 percent cut in Haiti’s peacekeeping force of 12,000 soldiers and police as the start of a gradual withdrawal aimed at turning security over to the Haitians themselves.

Celso Amorim said Brazil is negotiating with the United Nations to begin the pullback, but will keep troops in Haiti until local forces are ready to take over.

Amorim spoke after lunching with Uruguayan President Jose Mujica in Montevideo, where ministers from the Latin American peacekeeping nations held a long-planned meeting on the future of the U.N. mission in Haiti.

The meeting has been overshadowed by allegations that Uruguayan peacekeepers sexually abused a young Haitian man inside their U.N. base, an event apparently captured on an Uruguayan’s cellphone video.

Demonstrators in Haiti this week have stoked anger over the scandal and called for an immediate pullout of the U.N. force.

The videotaped episode was “a terrible thing,” said Clinton, who is the U.N. special envoy to Haiti. “The U.N. had to do something, and apparently they have.”

Praising the U.N. mission’s work in Haiti, Clinton added: “I don’t want what happened — that terrible incident that happened to the young man — to be put off on all of Minustah, and all of the soldiers, or even all the Uruguayans.”

The alleged abuse by Uruguayan sailors at their base in Port-Salut happened in July but became public last week when two Haitians spotted the video on a sailor’s phone and shared it with a local reporter.

Amorim called it “a lamentable and isolated act.” Brazil leads the peacekeeping mission, so his comments both on the scandal and the mission’s future hold particular weight.

Mujica, who sent a letter of apology to Haitian President Michel Martelly. also has said that he wants a gradual reduction in the U.N. peacekeeping force. “We aren’t in Haiti to retire,” he said Wednesday.

Martelly strongly condemned the alleged sexual assault, but has not joined some of his countrymen in demanding an immediate pullout.

Martelly has called for more economic development work by the U.N. mission following last year’s earthquake, but he also asked peacekeepers to quash gangs in Port-au-Prince slums that have been strongholds for his political opponents. The force also helps bolster Haiti’s weak economy by spending, from buying snacks on the streets to dining at high-end restaurants in the capital.

Peacekeepers arrived in 2004 to help control the chaos that followed the ouster of President Jean-Bertrand Aristide. Since then, the U.N. force has been instrumental in maintaining stability in the coup-prone country, and it has helped allow a democratically elected president serve two full terms for the first time in Haitian history.

But some Haitians see the U.N. troops as an occupying force that has done little to ameliorate the country’s misery. In 2007, almost a tenth of its Sri Lankan battalion was recalled because of a sex-abuse scandal. Last year, a contingent from Nepal was blamed for introducing cholera to Haiti, which caused an outbreak that has killed more than 6,200 people and sickened 439,000, according to Haiti’s health ministry.