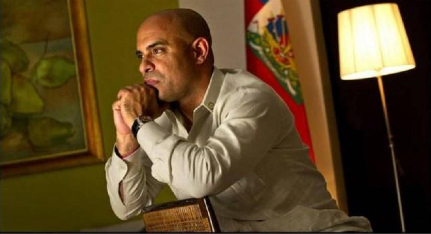 The Washington-based Haiti Democracy Project’s James Morrell has written: “By the time the commission is through, there will be little left for the voters to do on election day. Most of the choices will already have been made for them.”

With no natural disasters or political violence afflicting Haiti for the past several years, it would be easy to assume that the country has finally achieved the level of relative stability that international donors and millions of Haitians have sought since the toppling of the Duvalier dynasty in 1986. Yet this perceived calm is belied by troubling signs that all is not well, as Haiti prepares for the first of up to three rounds of contentious elections. On July 15, the Senate Foreign Relations Subcommittee on the Western Hemisphere, chaired by Sen. Marco Rubio (R-FL), held a hearing on the run-up to the elections, with the State Department’s point man on Haiti, Thomas Adams. Adams admitted the elections were significantly underfunded. That made his rather sanguine attitude towards the whole process all the more surprising. With the first round of elections scheduled for August 9, he suggested that there is a “fairly good chance” they will go on as scheduled.

But even as the Obama administration and the donor community focus primarily on the mechanics — voter education and registration, security, integrity of vote-counting — they are skirting important questions about just how free and fair the contest will actually be.
A shocking New York Times article from this past March, for instance, raised a range of concerns about establishing a level electoral playing field in Haiti, red flags that appear to have escaped notice in Washington. The piece detailed a disturbing turn of events under President Michel Martelly, the former musician elected president to much fanfare in 2011. The article revealed a president ruling by decree (due to the expiration of the terms of most of those in parliament), and depicted a government where power is being concentrated “in the hands of a man who,” according to his critics, “is a prisoner of his past, surrounded by a network of friends and aides who have been arrested on charges including rape, murder, drug trafficking and kidnapping.” Defending Martelly, his allies say he is “loyal to a fault, and that he will stand beside old friends no matter what trouble they find themselves in. The president, aides said, wants the best for Haiti but is easily influenced by relatives known for ties to drug trafficking and friends who abuse their proximity to power.”
That is hardly conducive to holding credible, transparent elections. And the cracks are showing already.
The most conspicuous evidence to date of manipulation of the process has been the arbitrary exclusion of several well-known, would-be candidates for presidential elections to be held in October, including former Prime Minister Laurent Lamothe, university president Jacky Lumarque, and former Sen. Rudolph Boulos. The pretext for their exclusion is a Haitian electoral law that requires any candidate who previously held public office to receive a “discharge petition” from Parliament, certifying that the individual did not misuse public funds while in office. However, with no sitting congress to issue such discharges, the process has become opaque. Some candidates have received approval to run for office, and others have not. This has led to suspicions that the process is being manipulated to favor some candidates over others.
Pierre Esperance, the head of Haiti’s largest human rights group, recently told the Miami Herald: “It gives you the impression that it’s a political decision rather than something based on legal grounds.” And the Washington-based Haiti Democracy Project’s James Morrell has written: “By the time the commission is through, there will be little left for the voters to do on election day. Most of the choices will already have been made for them.”
Yet the State Department has shown no great urgency to address concerns that democracy in Haiti is being undermined. Sen. Rubio has respondedwith legislation that conditions the release of U.S. assistance to Haiti on the State Department’s reporting on whether the upcoming elections are free and fair, and on possible “attempts to disqualify candidates” from office for “political reasons.”
No one is doing the Haitian people any favors by tip-toeing around issues such as transparency and rule of law — it’s called the soft bigotry of low expectations. By failing to pressure Haitian authorities to ensure voters have a full range of candidates from which to choose in their upcoming elections, many well-meaning people who truly care for the country will only serve to bring on the kind of political strife and instability that everyone wants to avoid.

Recently three cabinet ministers met with President Martelly, at his beach house. He has been in seclusion there, for the past 6 weeks, as the nation teeters on the verge of melt-down.

Immediate action is required if disaster is to be averted.

Martelly’s frightening response to their entreaties leaves us stunned.

One of the cabinet ministers reports that Martelly showed no interest saying…. “If you want to talk politics see Sophia or Kiko.”  It was this pair that created the disaster, in the first place, when they forced Martelly into dumping our successful Prime Minister Laurent Lamothe.

Immediately, after Lamothe’s departure, his replacement, Evans Paul, cancelled all of the Lamothe projects with the comment… “They are just Hollywood.”

Well, these Hollywood projects were feeding thousands of Haiti’s needy, they were bringing investment to Haiti, they were generating an interest in Haiti, as a tourist destination.

Haiti was “Open for Business.”

Now, all of this is gone.

People are not being fed.

Security has deteriorated to the point  where foreign embassies warn their citizens away from Haiti.

Trying to generate investment now is like attempting the sale of a condo in a building undergoing a 5 alarm fire. Haiti is closed for business!!

All of the Martelly/Lamothe government’s  positive factors were washed away, overnight, “like tears in the rain.”

The criminal elections, coordinated by the criminal Opont, was the final straw.

Meanwhile, Evans Paul, and Education Minister Nesmy Manigat are stealing everything that’s not tied down.

Time to reassess the situation.

Time for Opont to resign/be arrested with a new CEP created to replace the graft-ridden one that now exists.

Annul the August 9 results, 2% of the electorate voting does not count as an election.

Allow all candidates, blocked by Martelly’s illegal action, back into the game.

Schedule all of the elections for Mid December, as they have been scheduled, in the past. Run off can follow and a new President inaugurated February 7, 2016.

The Haitian people should be allowed an opportunity to select a President of their choice. If this happens, it will for the first time since Duvalier departed in 1986.  His government was more democratic that that existing today!! 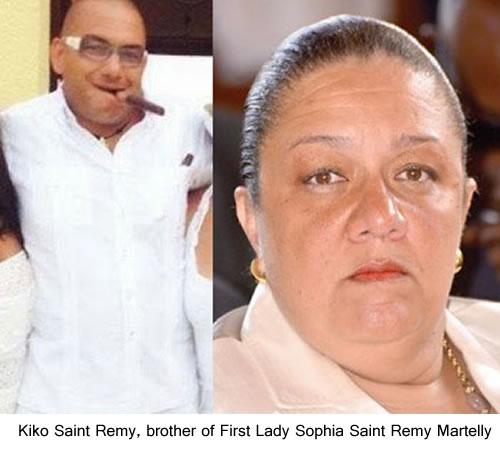