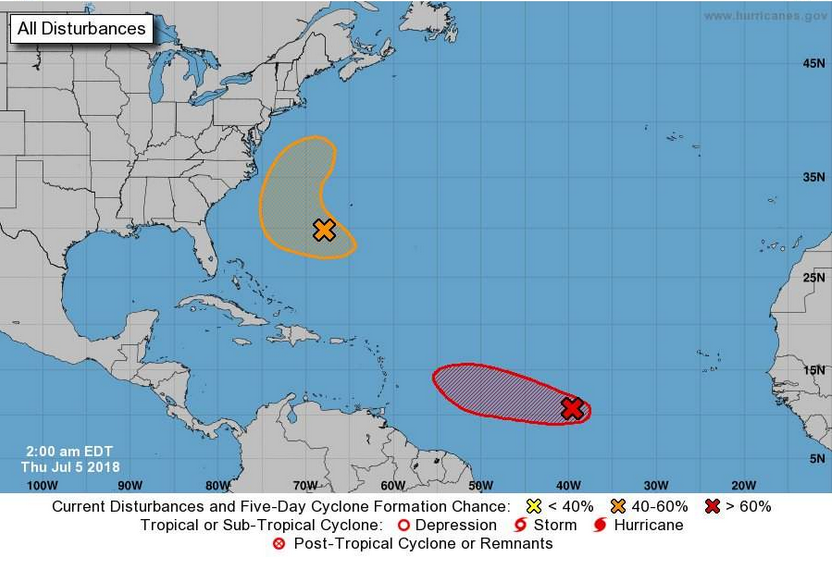 A system in the Atlantic has quickly developed into the second tropical storm of the 2018 hurricane season.

Just hours after strengthening into a depression, Tropical Storm Beryl now has maximum sustained winds of 50 mph with higher gusts.

As of 5 p.m., it was located about 1,295 miles east-southeast of the Lesser Antilles and moving west at 16 mph.

It will continue to track west or west-northwest at 15 to 20 mph over the tropical waters of the Atlantic. However, forecasters say upper-level winds could make conditions unfavorable for sustaining the storm.

`Meanwhile, another storm system a few hundred miles of the coast of Bermuda will continue as a disorganized set of thunderstorms and showers. There is a 30 percent chance the storm could develop into a tropical system over the next two days as it tracks northwest between Bermuda and the East Coast.

But, forecasters said, the storms will run into a frontal system by Sunday that would limit any additional development.

Subtropical Storm Alberto formed in late May and made landfall in Laguna Beach, near Panama City, just before the official June 1 start of hurricane season.