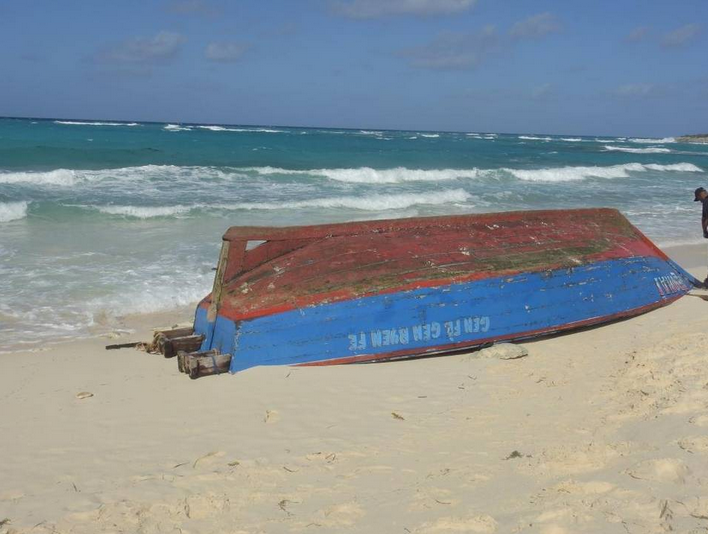 Turks and Caicos authorities have recovered the bodies of 12 missing Haitian migrants in their waters after a search on Wednesday turned up one more body.

“All that can be done, is being done,” Gov. John Freeman said at a press conference.

The migrants died after a wooden sloop they were traveling on from Haiti capsized off the northwestern point of Providenciales on Tuesday morning, sending dozens of migrants overboard. Eleven bodies were discovered Tuesday after authorities conducted a massive search with the help of the U.S. Coast Guard. Workers even had to cut a road through dense foliage to retrieve some of the bodies, authorities said.

The new premier of Turks and Caicos, Sharlene Cartwright Robinson, appealed to the island’s Haitian population to discourage their family and friends from embarking on the dangerous 190-mile voyage from Haiti. She said the loss of lives was a reminder of the perils of human trafficking.

In the last month, three illegal sloops have made landfall in the British territory, Cartwright Robinson said. She noted that addressing illegal migration with Haiti’s incoming government is a top priority.

“This cannot be tolerated, and we as a new government will take bold steps to address what has become a serious concern for us as a people,” she said. “No one stands to gain in the continuance of this practice, and firm policy positions will be taken and strict enforcement of the laws of these lands will follow.”

So far, police have found only one survivor. A 23-year-old man, who has been taken into custody, told police that the 30- to 35-foot boat left Cap Rouge in Haiti’s northwest region Sunday with 69 people aboard, including 19 women.

By U.S. standards, such a boat would carry perhaps a dozen people safely, making this boat grossly overloaded.

“It appears that entering TCI waters in very rough conditions, the boat appears to have shot the reef and overturned, and persons on board were catapulted into the sea,” Commissioner of Police James Smith said. “At this point, we do not know how many people made it to shore.”

Police and immigration officials continue to search for survivors on land, some of whom were seen running from the scene before police arrived. They are also searching for the organizer of the voyage.

“This is not just about people trafficking. This is about drugs and guns, and people making money on the backs of the dead,” Smith said.