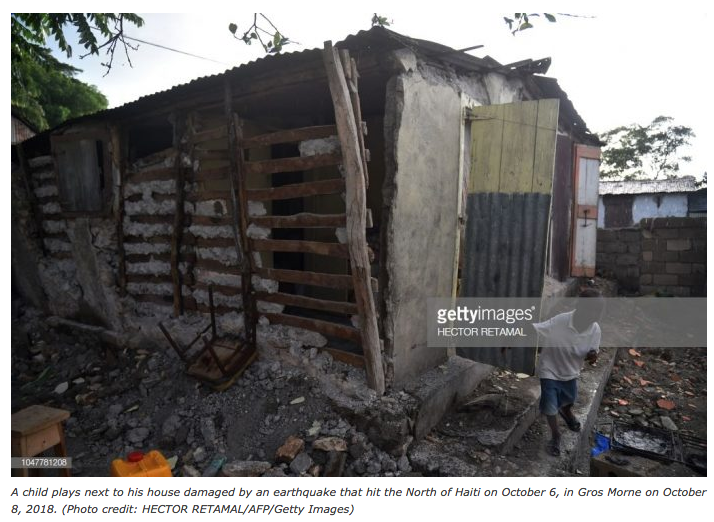 News Americas, NEW YORK, NY, Tues. Oct. 16, 2018:Canada’s government on Monday updated its warning on Haiti, urging its nationals to exercise a high degree of caution if travelling there.

As the country struggles to cope with the 5.9 magnitude Oct. 6th earthquake that struck in Port-de-Paix and Gros-Morne killing 18 and leaving over 333 injured, the Canadian government on Monday updated its advisory amid reports of a planned demonstration tomorrow, October 17, 2018.

The planned protests are set to be part of the Dessalines Day and are being planned in Port-au-Prince and elsewhere in Haiti after an appeal launched by several political groups.
“Exercise a high degree of caution in Haiti due to high crime rates in various parts of the country and ongoing political and social tensions,” the updated warning said yesterday.
It also urged Canadians to avoid non-essential travel to the neighborhoods of Martissant, Carrefour, Bel Air and Cité Soleil, in the Port-au-Prince area “as the security situation is particularly unstable and dangerous.”

The updated advisory comes as estimates from the Haitian government show that 7,783 families saw their homes partially or totally destroyed by the earthquake and are in need of aid and as some residents who experienced the devastating earthquake of 2010 are afraid to return to their houses and are reportedly sleeping outdoors.

Canadian officials also warned about high crime rates and the unpredictable security situation in the country and of criminal activity in large centers such as downtown Port-au-Prince, where they said armed gangs operate and near Haiti–Dominican Republic border.