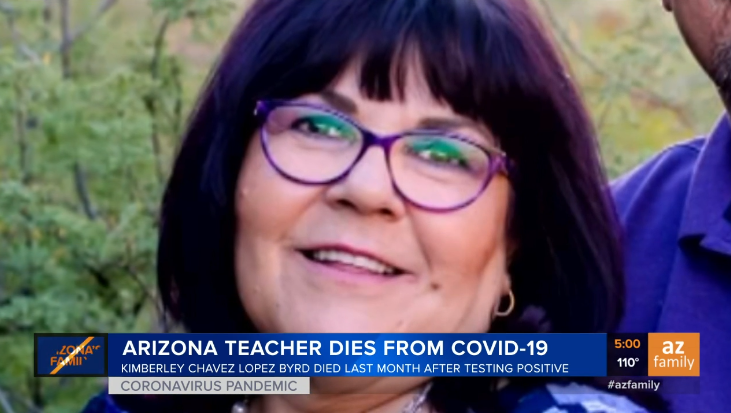 WINKELMAN, AZ (3TV/CBS 5) — A rural community in Eastern Arizona is mourning the loss of a school teacher who died after testing positive for COVID-19. Kimberley Byrd shared a classroom with two other teachers at Leonor Hambly K-8 in June.

The three were using classroom tools to teach their summer school students online. All three got sick from coronavirus, but Kimberley did not survive.

“She notified me that they wanted to intubate her and put her on a ventilator,” says Kimberley’s husband, Jesse Byrd. “That was the last time I was allowed to speak with her.”

Jesse was not allowed to be at his wife’s side. She had been hospitalized for almost two weeks before she passed away on June 26th. 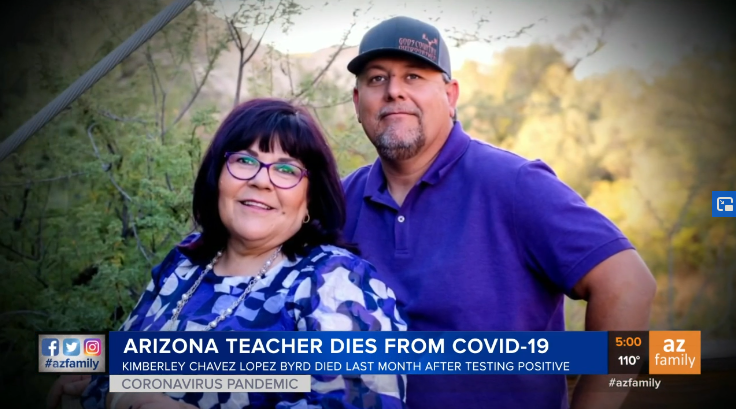 “That was truly a heartbreaking thing to have to go through,” says Jesse.

Her son, Luke Byrd, says he was worried about her going to work. The 61-year-old had pre-existing health issues, including asthma, lupus, and diabetes.

“She bought face shields, she practiced social distancing,” says Luke. “She did everything she could to avoid this virus.” Kimberley’s family says she loved her students and had a true passion for teaching.

“Forty years in education. She had retired once, started drawing her state retirement,” says Jesse. “She loved it so much she went back.”

He’s still not certain what the upcoming school year will look like, but says, “right now it’s clearly not safe.”

“They didn’t sign up for combat when they signed their teaching contract,” says Gregorich. “Our goal is to start using distance learning. We’re much more prepared than when it hit us in March.”

“We had our own packets, our own writing tools, our own laptops. We were masked, we were wiping everything down,” says Jena Martinez- Inzunza.

She’s one of the teachers who shared the classroom with Kimberley. Martinez-Inzunza says she tested positive for COVID-19, and after recovering, she has now tested negative. She says she’s still feeling residual symptoms.

“It’s not safe to go back [to school] right now,” says Martinez-Inzunza. “We’re at the highest peak, and we’re still climbing.”

Angela Skilling is the other teacher who shared the classroom. She says a follow up COVID-19 test revealed she is still positive for the virus.

“If three adults that were diligent as we were could get sick, how can we have children in a classroom?” asks Skilling.

Kimberley’s family says her faith was strong. It’s helping them get through this tragedy. “Put your armor on. That’s what she would always say,” says Luke. “That comes from the bible, from Ephesians. Put on the full armor of God, so when the day of evil comes, you can stand your ground.”

Luke and Jesse say they are sharing their heartache to convince school leaders to protect families, students, and teachers like Kimberley.

“Don’t take the chance,” says Luke. “Take all precautions to avoid getting this because it will wreak havoc on your family.”

“This is a matter of life and death,” says Jesse. “It’s going to affect more people if we don’t make the right decisions.” 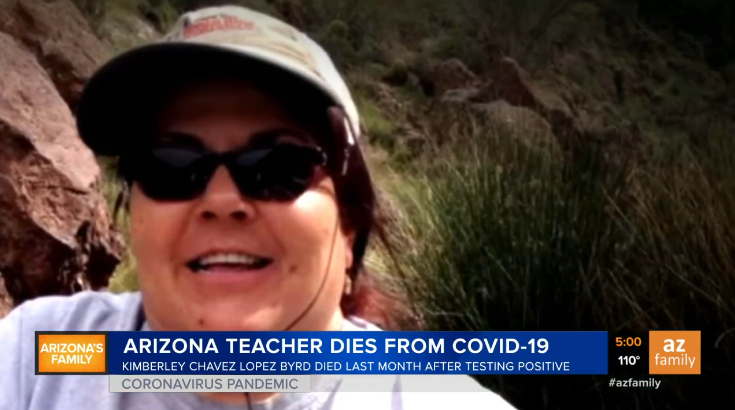