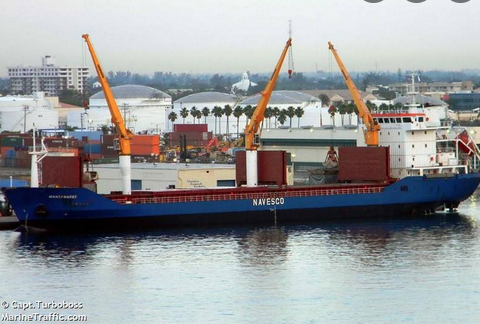 The U.S. Drug Enforcement Administration’s office in Haiti mishandled a major investigation into a Colombian ship loaded with hundreds of kilos of cocaine and heroin, including assisting and paying Haitian officials to destroy some of the drug evidence, according to a U.S. special counsel’s report issued Friday.

The DEA’s botched procedures were highlighted by the Office of Special Counsel in a letter to President Joe Biden in which the drug agency’s own findings and report on the 2015 narcotics-trafficking case involving the MV Manzanares ship were found to be “unreasonable.”

“(S)ince the U.S. government expends resources for the DEA to operate in Haiti, it is incumbent on the agency to be as effective as possible in its mission to disrupt the flow of illegal drugs into the United States,” wrote special counsel Henry Kerner, who was tasked with assessing the allegations of wrongdoing by two former DEA agents in Haiti.

Kerner criticized the agency’s claim that because it has a “limited role” in promoting seaport security, “it is not accountable for the effectiveness of its work in Haiti,” calling that assertion “not reasonable.” He also said the DEA “does not adequately explain its destruction of drugs in the Manzanares investigation” and that the agency “failed to explain why there was a significant delay in severing ties with a corruption Haitian official.”

The counsel’s report is based on two former DEA agents once stationed in Port-au-Prince who filed whistle-blower complaints.

In his letter to the president, Kerner urged the DEA to “more closely review its operations in Haiti and implement measures to improve its effectiveness.” In a news release issued Friday, Kerner said the DEA whistleblowers’ claims were “serious allegations.”

Although coincidental, the long-awaited special counsel’s report was released just weeks after the assassination of Haiti’s president, Jovenel Moïse, on July 7.

How the DEA, whose Haiti narcotics unit falls under the authority of the agency’s Caribbean office in San Juan, Puerto Rico, plans to carry out any corrective measures remains to be seen. The special counsel’s report clearly lays out serious flaws in the way that the DEA supervisor agents in Haiti investigated the Manzanares case — a bungled probe that was exposed by the Herald in 2018.

A spokesman for the U.S. Office of Special Counsel said an “unreasonable finding is fairly uncommon in disclosure cases.”

“The determination itself does not initiate corrective actions, though OSC alerts both the president and the congressional committees of jurisdiction to its finding, which could initiate further oversight,” said spokesman Zachary Kurz.

Not only did the DEA assist the Haiti National Police in destroying some of the drug evidence and paid them $1,500 for costs, but most of the cocaine and heroin smuggled on the ship into a private seaport near Port-au-Prince went missing. The 700 to 800 kilos of cocaine and 300 kilos of heroin — hidden among bags of sugar in the hull of the ship — had an estimated U.S. street value of $100 million, authorities said.

Perhaps most significant, because of the DEA’s mishandling of the Manzanares case, federal prosecutors in Miami were able to bring criminal charges only against a low-level stevedore who was implicated in the narcotics probe. The stevedore cooperated with federal prosecutors, received a lenient one-year prison sentence and then was granted asylum in the United States after establishing a fear of persecution in his homeland.

Other than the conviction of Gregory George, whose life had been threatened repeatedly while he had been in jail in Haiti, no other suspects in the Manzanares investigation were brought to justice in Miami. The case, with the statute of limitations having expired, is effectively closed — contrary to assertions by the DEA in the special counsel’s letter to the president.

One of the DEA whistleblowers who filed the complaint against the agency said it was a “conflict of interest” that the agency itself was assigned the initial task by then-Attorney General Jeff Sessions to investigate the claims of wrongdoing. More significantly, the former DEA agent, who had worked for the agency for 23 years and is now retired in New York, said the Manzanares case exposed how his bosses in Haiti failed to fight the influx of drugs flowing through the island into the United States.

“It was a cover-up,” Keith McNichols told the Herald in an interview. “One of my big complaints was all the millions of dollars in U.S. taxpayer money that was wasted in fighting drug trafficking in Haiti.”

McNichols’ lawyers also echoed his views, saying the DEA’s own probe of the bungled Manzanares case is nothing more than a “buddy system” where the higher-ups protect their own.

“We don’t have any confidence that DEA is going to do the right thing in pursuing justice, said attorney Tom Devine, who represented McNichols along with lawyer Samantha Feinstein at the Government Accountability Project in Washington, D.C. “We’re going to stick with it and brief Congress and hope that some lawmakers will take it seriously enough to put pressure on (them).”

In their review of the whistleblowers’ allegations, the DEA’s chief counsel did not substantiate them, rejecting almost of all their claims — including allegations that agents in Haiti had a “corrupt” relationship with a commander in the counter-narcotics squad in the national police. The government’s Office of Special Counsel was so disappointed by the DEA’s initial probe that it asked the agency to submit a follow-up report.

“The report stated that the DEA removed the Haitian law enforcement commander of that (counternarcotics) unit in 2018 after the current Port-au-Prince Country Attache requested his removal due to corruption concerns,” the DEA found, according to the special counsel’s letter to the president. “DEA did not find sufficient evidence to support the whistleblowers’ allegations that DEA denied resources for the Manzanares investigation.”