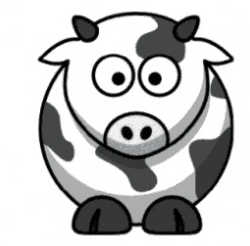 In spite of a large cash investment and an investment of reputation by Milrlande MOO Manigat, Newton St. Juste, Moise Jean-Charles, Andre Michel and a host of others, the April 15 turn out was a fizzle.

With a stretch of the imagination, there might have been 1500 – 2000 people involved which shows the per person price to be exorbitant. Many must have accepted payment and stayed at home.

However, the Martelly/Lamothe government cannot ignore the dangers of an ongoing, and expanding effort by opposition groups – with no constructive suggestions as to how things can be improved – to destabilize the Haitian scene.

The coordination of radio support – via propaganda – shows that there was a good deal of money available to bribe the broadcasters. The assault was carefully thought out and is merely the first shot in what will become an ongoing process, over the coming months.

By mid-July, when it becomes obvious that elections will not be held, and the promise of free schooling remains a myth…. Magnified by rising prices and growing food shortages…… the opposition – with no valid suggestions – will present a danger to the Nation’s stability.

We are entering a dangerous period.