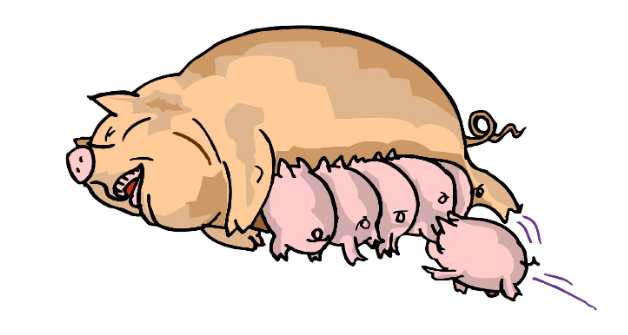 In the following AFP article Nesmy Manigat peddles more of his meaningless, but effective propaganda, when the foreign reader does not, cannot know the actual facts.


His story makes sense to the uninitiated, but does not explain the steps he has taken that effectively destroy what already existed, while stealing millions, millions, millions – sharing this fortune with Sophia Martelly.


Between this pair, they have stolen the Hope of Haiti’s children, without remorse!


The Martelly promise, of an education, was a well-meaning effort by a guy who did not understand the magnitude of the problem and was/is married to the Nation’s major thief, First Lady Sophia Martelly, who hated Prime Minister Laurent Lamothe for trying to fulfill the Martelly promise.


Manigat hasn’t even paid the thousands of teachers one penny since he became Minister. He has managed to buy leaders of the three teacher unions into silence, otherwise the system would have closed down – completely.

The teachers live in hope, but will die in despair, as will our system of education, unless Manigat is removed, if not jailed.


At some point, the unions might wake up and take action that will create chaos.


What follows is the AFP propaganda for Manigat’s crime.  I hope the writer is simply a gullible, trusting individual, and not one of the 20 or 30 journalists Manigat pays with funds from the Education Ministry treasury.


If we had a real system, a forensic audit would put a lot of people in jail.

Port-au-Prince (AFP) – Nearly three million Haitian children are returning to school Monday to face an educational system rife with exclusion and failure. But one minister is trying to turn the tide.

Education Minister Nesmy Manigat points to the huge challenges ahead as a new school year gets underway.

“And out of every 100 children who go to school this year, less than 10 will finish high school without repeating a grade or dropping out.”

The education minister is ruthless in his assessment of the situation: “Schools are set up for failure. They exclude many students.”

The crippling poverty that families grapple with on a daily basis is a major hurdle. 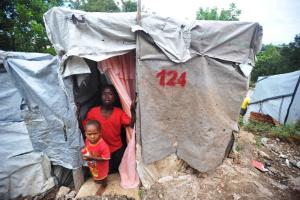 “Education is supposed to be free. But of course, there are always related expenses that that parents must assume,” said the UNICEF deputy representative in Haiti, Jean Ludovic Metenier.

And it does not apply to private schools, which educate about 60 percent of Haitian students.

Martelly tried to sound upbeat Monday as Haitian kids went back to school. He said in a tweet that “all measures have been taken for students to go back to school in the best conditions.” 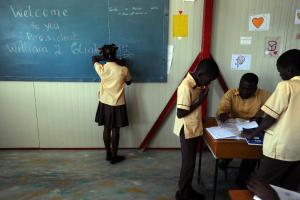 Seeking to improve the quality of teaching, and thus Haiti’s competitiveness, a minister has lau …

In his search for a quality public education, Manigat recommended a limit of 60 students per class in high school.

“A minister in my position should never have to even say that, because we should be capped at 35 or 40 students per class in a country like Haiti,” Manigat acknowledged.

“Unfortunately, in my country, many classrooms have 150, 200 students. Of these 200 students, barely 10 percent pass the class. Your children learn absolutely nothing.”

Poor families have no choice but to put their children in public schools.

And overburdened classrooms are not the only obstacle to a good education. The quality of the teaching itself is lacking. 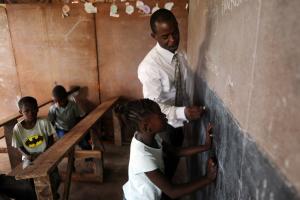 A teacher writes on the board as students attend the first day back to school, at the Ecole adventis …

About 85 percent of currently active teachers have not received basic training for the job or need additional training.

“Given the level of teacher salaries, not many people are interested in joining the profession,” Manigat said.

Not only are salaries low, but the government is often slow in getting the teachers paid. So each year, they inevitably go on strike.

“Last year, public schools lost a month and a half worth of school days,” the minister said.

He recalled that in the neighboring Dominican Republic, which shares the island of Hispaniola with Haiti, students went back to school on August 18.

“Guaranteeing 200 days of class is a challenge but we must get there. Delaying the start of the school year is not acceptable,” Manigat said.

Seeking to improve the quality of teaching, and thus Haiti’s competitiveness, the minister has launched major reform of educational programs, including adding civics and economics courses.

“When you love your country, you don’t have a choice. Quality education is not just a slogan. It’s essential for the country’s survival,” Manigat said.

Much of what Manigat is quoted for is true.

What he doesn’t explain that much of the problem is newly generated as he runs a “smoke and mirrors” campaign to hid his hand in the cash box.

The Truth will emerge, once he is removed from office, by a new government, but it will be too late for the system.

Nesmy Manigat would like to become Prime Minister or President and is spending a great deal to improve his image, created a mirage. The recent, major Miami Herald article did much to promote his goals.

We hope Martelly’s replacement will take steps to recover the stolen funds and prosecute Nesmy Manigat for his Crimes against Haitian Society.

MANIGAT IS PLAYING AN EXPERT GAME OF “SMOKE AND MIRRORS” FOR THE INTERNATIONAL COMMUNITY IN THE HOPE THEY WILL PICK HIM TO REPLACE MARTELLY OR MAKE HIM PRIME MINISTER.

AND MANIGAT ISN’T EVEN HAITIAN.