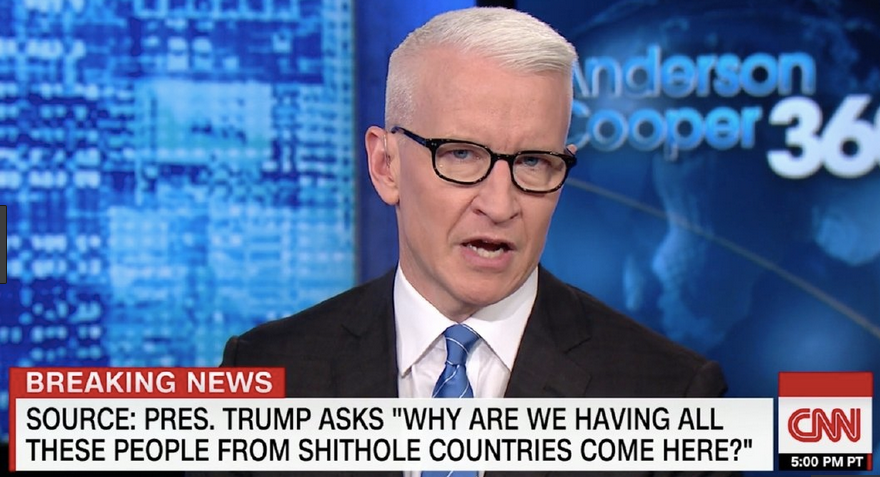 CNN host Anderson Cooper delivered an emotional tribute to Haiti on his show Thursday after President Trump reportedly slammed the country as a “shithole” in an Oval Office meeting.

“Like all countries, Haiti is a collection of people — rich and poor, well-educated and not, good and bad. But I’ve never met a Haitian who isn’t strong,” Cooper said on his show.

“You have to be in a place where the government has often abandoned its people, where opportunities are few and where Mother Nature has punished the people far more than anyone should ever be punished.”

“Let me be clear tonight,” the CNN host continued. “The people of Haiti have been through more, they’ve withstood more, they’ve fought back against more injustice than our president ever has.”

Cooper choked back tears as he described scenes he witnessed in the aftermath of earthquakes that struck Haiti, which killed more than 200,000 people in the island country.

The Washington Post reported Thursday that in a meeting with lawmakers, Trump referred to immigrants from Haiti and African nations as coming from “shithole countries.”

“Why are we having all these people from shithole countries come here?” Trump said, while discussing protections for immigrants from several countries.

Trump then reportedly said the U.S. should bring in more immigrants from countries such as Norway, whose prime minister he met with the previous day.

In a statement, the White House did not deny Trump’s “shithole” comments.